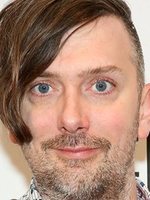 Kevin Kölsch is a writer and director whose most outstanding works in cinema are 'Absence' and 'Starry Eyes'. On television has directed several episodes of the series 'Scream'. He has directed, along Dennis Widmyer, the 'Pet Sematary' remake.

Kevin Kölsch has been active for 1 years, participating in 1 movies that average a 6.3/10 score.