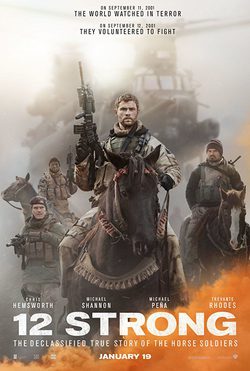 After the 9/11 attacks, a Special Forces team commanded by Captain Mitch Nelson (Chris Hemsworth) is chosen for the first American soldiers to respond to the attack. The team is transferred to the remote and northern African lands, where the resolution of General Abdul Rashid Dostum (Navid Negahban) is required to fight against his common adversary: the Taliban and Al Qaeda. 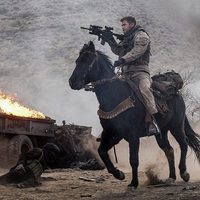 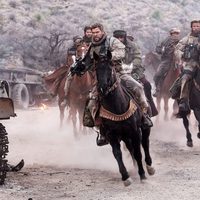 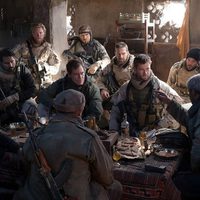 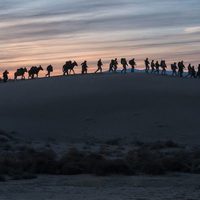 Rob Riggle plays Colonel Max Bowers, former battalion commander of the 5th Special Forces Group, in the movie. Riggle, a Marine, actually served directly under the real Bowers during the same time period the movie is based on. The movie is based on Doug Stanton's non-fiction book 'Horse Soldiers'. General Abdul Rashid Dostum was quoted, 'I asked for a few Americans, they brought with them the courage of a whole Army' according to eyewitness Robert Young Pelton's in his March 2002 National Geographic Adventure article "The Legend of Heavy D and the Boys".