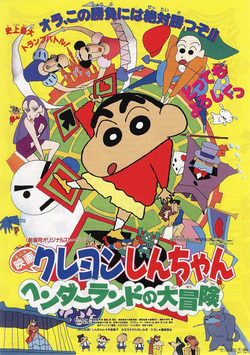 In Kasukabe a mysterious theme park, Henderland, looks like a medieval old citadel, with a giant castle in the center. Shin-chan goes with his classmates to the theme park, they has fun and they has a good time. There Shin-chan will meet a beautiful figure of a fairy named Topema. Shin-chan will also receive an invitation to return with his parents to Henderland. When Shin-chan returns to the theme park with his parents, Misae and Hiroshi, he will encounter a dark snowman who befriends his parents. Soon, Shin-chan will realize that Henderland hides strange mysteries, especially when the Topema fairy comes alive and helps him after the snowman kidnaps Misae and Hiroshi. In this way, Shin-chan will embark on an adventure to rescue his parents and to discover what is hidden behind the castle of Henderland. Film directed by Keiichi Hara, director of 'Miss Hokusai' and 'Colorful'. Screenplay written by Yoshito Usui, creator of the series and the manga of 'Crayon Shin-chan'. 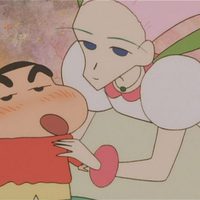 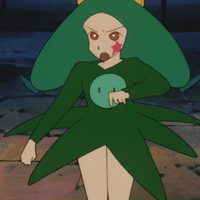 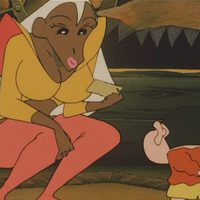 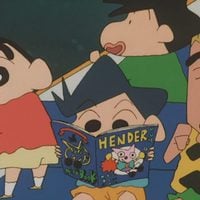 ?
Write your own 'Crayon Shin-chan: Adventure in Henderland' review.