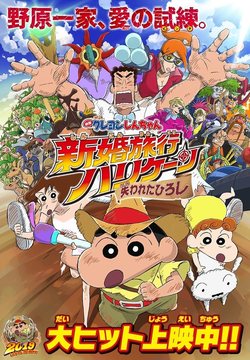 'Crayon Shin-chan: Honeymoon Hurricane ~The Lost Hiroshi' is the latest film by the young Japanese ruffian. On this occasion, the family travels to Australia for their honeymoon. The Nohara are on an abandoned island where the myth of a boyfriend who will be delivered to their princess in exchange for a treasure hovers. One night, Hiroshi is kidnapped by a hooded tribe, and they begin to identify him as the "boyfriend" of the legend. The Nohara search for him, and on the way meet Indiana Junko, a bounty hunter with the goal of finding the "boyfriend" and taking the promised treasure. The problem is that she does not come alone and several treasure hunters like her appear with the same purpose. Misae and Shinnosuke must reach their father before anyone else. The feature film is the 27th movie in the Shin Chan animation saga, created by Keiichi Hara ('Coo's Summer', 'Miss Hokusai', 'Colorful'). This film is directed by Masakazu Hashimoto ('Fullmetal Alchemist', 'Tari Tari', 'Shin Chan and KulETe, the alien') written by Munenori Mizuno ('Oppai bare', 'Shakariki', 'Owakon TV', 'Bar Remon hato') and Kimiko Ueno ('Tengoku kara no eru', 'Space Dandy', 'Dino Girl Gauko'). It stars Yumiko Kobayashi, Toshiyuki Morikawa, and Miki Narahashi. 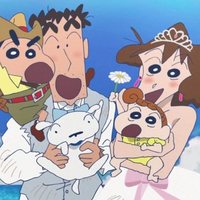 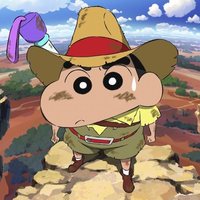 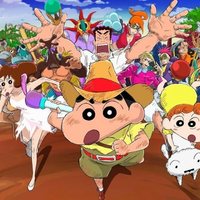 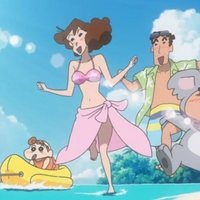