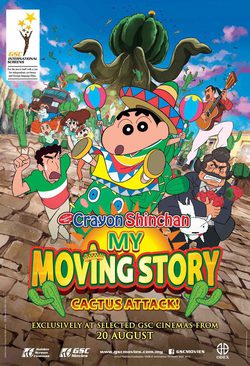 A mysterious giant cactus appears in Madakueruyobaka, a small secluded town that is in the mountains of Mexico. The flower of this plant generates a honey with an exceptional flavor, which manages to turn Madakueruyobaka into an area of international investment. Therefore, the company in which Hiroshi Nohara works decides to make contacts to become the company that distributes this nectar at a worldwide level. For this, Hiroshi will have to move to live in Mexico along with Misae, Shinnosuke, Himawari and Shiro. Although they miss their friends from Kasukabe, the Noharas manage to integrate easily into the town. When they go to the Cactus Festival, in which citizens honor the plant that has placed them on the map, Shin-chan and others see with horror how the cactus parasitizes other cactuses and makes them begin to devour several people . Because that Giant Cactus turns out to be a carnivorous plant that is hungry for human flesh. It's the 23rd film of the popular comedy manga and anime series 'Crayon Shin-chan'. 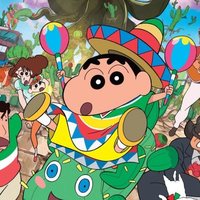 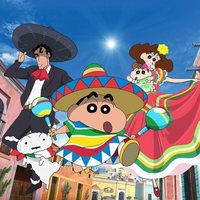 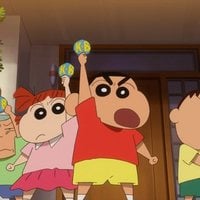 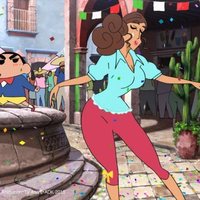 Because 'Crayon Shin-chan: My Moving Story! Cactus Large Attack!' is set in Mexico, this caught the attention of Mexican people, causing the film to be released in cinemas, something unprecedented in this country, since any 'Crayon Shin-chan' film saga had never reached theaters before in Mexico.