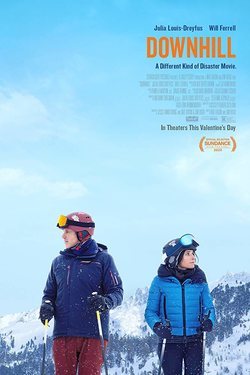 A couple, together with their children, make a trip to the Alps to ski. What turned out to be a trip like any other, even another one of those boring family vacation, became a real chaos when they managed to get away of an avalanche. After the event, the woman, Billie (played by Julia Louis-Dreyfus), constantly begins to recriminate that when the tragic incident happened, her husband Pete (Will Ferrell) just picked up the phone, he got safe and did not protect his children. This only makes the married couple begin to rethink their lives and what they feel about each other. Will they manage to overcome this incident and continue with their marriage or will they distance? 'Downhill' stars Julia Louis-Dreyfus ('Seinfeld', 'Veep'), Will Ferrell ('Zeroville', 'Zoolander 2'), Zach Woods ('The Office', 'Silicon Valley'), Zoë Choo and Miranda Otto ('Annabelle: Creation', 'The Lord of the Rings: the return of the King'). The film, written and directed by Nat Faxon ('Charlie's Angels') and Jim Rash ('The Descendants') and co-written with Jesse Armstrong ('Succession'), is inspired by the Swedish film 'Turist' by Ruben Östlund. It is produced by Anthony Bregman ('Collateral Beauty'), Julia Louis-Dreyfus and Stefanie Azpiazu ('Private Life'). 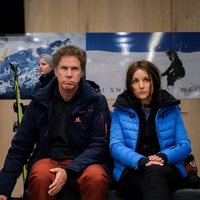 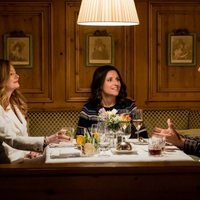 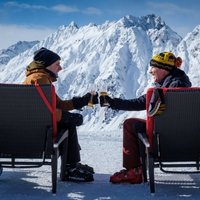 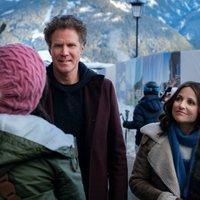 ?
Write your own 'Downhill' review.

Kristofer Hivju, one of the actors featured in 'Downhill', was also in the Swedish film 'Force Majeure' (2014), on which this film is based. As the Walt Disney Company purchased Fox's film & television entertainment assets in 2019, this is the first film to feature the Searchlight Pictures logo sans the Fox name. Going forward, Fox is dropped from any feature coming out of the previously Fox-owned companies.