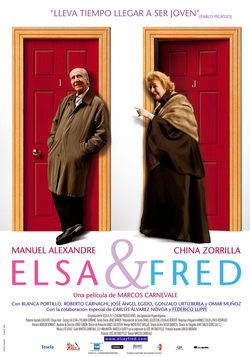 Alfredo (Manuel Alexandre) comes to a modern building in Madrid, with the help of his daughter, Cuca (Blanca Portillo), during the move, Elsa (China Zorrilla) collides with Cuca's car, and flees. Cuca 's son gets to see who she is and decides to said her. Gabriel (Robert Carnaghi ) decides to take the damage done by Elsa, when she is going to take the money to Alfredo, she says she needs money for her five years son, making Alfredo decides to pay him the compensation. She invites him to lunch to thank him, starting a love story without precedent.