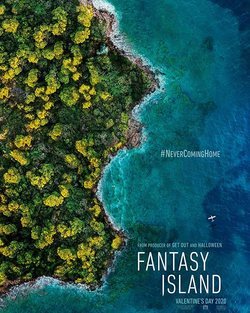 Mr. Roarke (Michael Peña) is an enigmatic man who turns the dreams of some lucky guests into reality when, for 50.000$, they're given the chance to go to his tropical luxury resort located on a lonely island in the middle of nowhere to get something they lost in the past or want to find in the future. If you dream of great parties, for example, you will have one that you will never be able to forget. If you want revenge on some bully at school or the chance to change something you regret, the island will see it done. But, be careful: sometimes, wanting something beyond what you have can bring about dire consequences. In 'Fantasy Island', the dreams of the guests warp into their worst nightmares and they try to do everything possible to leave the Pacific island behind. First, however, they must discover the secrets hidden by the sinister land. 'Fantasy Island' is a terror adaptation of the famous TV show of the 70s and it has been described as a mix between 'Westworld' and 'The cabin in the woods'. It is directed by Jeff Wadlow ('Kick-ass 2, 'Truth or Dare') and is based on a script written with Chris Roach and Jillian Jacobs. Among the cast we find Lucy Hale, Maggie Q, Michael Peña, Ryan Hansen, Jimmy O. Yang, Charlotte McKinney, Parisa Fitz-Henley, Portia Doubleday and Austin Stowell. 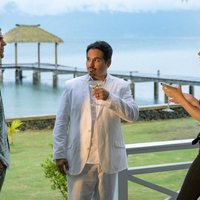 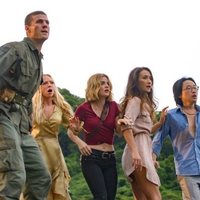 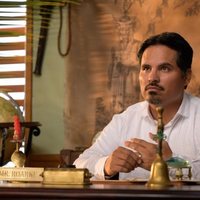 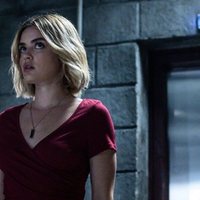 ?
Write your own 'Fantasy Island' review.

It was announced in July 2018 that a reimagining of the television series Fantasy Island was being developed at Blumhouse Productions and Sony Pictures. The film is described as being a tonal mix of Westworld meets The Cabin in the Woods, centering on a group of contest winners who arrive at an island hotel to live out their dreams, only to find themselves trapped in nightmare scenarios. Principal photography on the film began in January 2019 in Fiji.