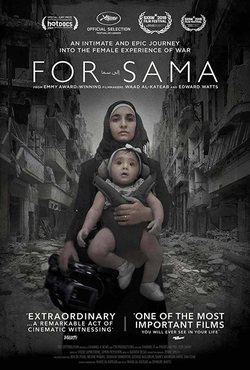 'For Sama' is a documentary about the horrors of war and its effects on women, the love of a mother for her child, and the need to document history as it unfolds before our very eyes. When rebel Waad al-Kateab is 26-years-old and studying for a business degree at Aleppo University in Syria, she decides to begin to film the continuous conflict that rages around her as the mass marches against the forces of Bashar al-Assad's dictatorship following the Arab Spring protests solely lead into an increase in crimes against humanity and the once-hoped for revolution seems near impossible. Over the course of the filming, al-Kateab falls pregnant and decides to complete the documentary for her newborn daughter, Sama, should she or her husband and fellow rebel, Hamza, die without being able to explain their position to her, given that Hamza was a doctor and by 2016, 8 out of 9 hospitals in East Aleppo had been completely destroyed. The footage captured by al-Kateab depicts the death and destruction of the war on a personal scale through the perspective of a mother trying to look after her child in a country in which life-threatening air raids were a daily occurrence. 'For Sama' is co-directed by Waad Al-Khateab herself alongside the Emmy award-winning director Edward Watts ('Unreported World', 'Frontline', 'Welcome to Rio'). Hide full plot... Show full plot 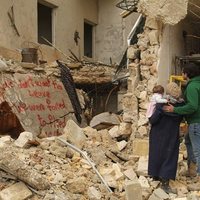 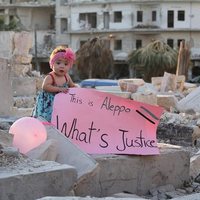 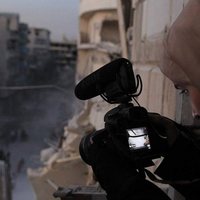 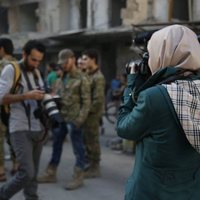 ?
Write your own 'For Sama' review.

'For Sama' won best documentary prize at the Cannes Film Festival. The film covers five years of the conflict, from the start of the protests against the Syrian government in 2012 until 2017. Waad Al-Khateab and her family live now in the UK, after fleeing Syria. The couple had another child, Waad was pregnant when they escaped their home country.