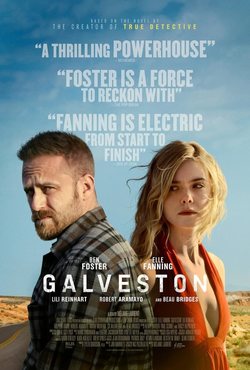 Based on the novel by the creator of 'True Detective', Nic Pizzolatto, 'Galveston' tells the story of Roy Cady, a hitman based in New Orleans, who was diagnosed with lung cancer at the age of 40. Suspecting that his boss intends to kill him, Roy will try to flee to an unknown horizon. During his journey, he will meet a helpless young woman who gives him the opportunity to give a new meaning to his life. Actress Mélanie Laurent ('Inglourious Basterds') makes her English directorial debut with this critically praised revenge thriller. The cast consists of Ben Foster ('Hell or High Water') and Elle Fanning ('20th Century Women'). The script of 'Galveston' is signed by Jim Hammett, but it's just a pseudonym of Nic Pizzolatto. 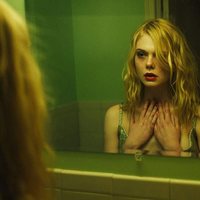 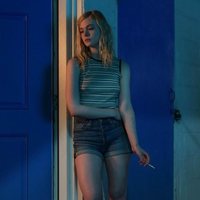 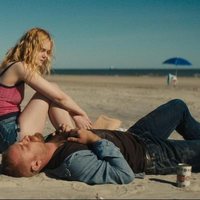 ?
Write your own 'Galveston' review.

The film is written by the same writer as 'True Detective', however it was written years before 'True Detective' was created. 'Galveston' is Mélanie Laurent's English-language directorial debut. She had previously directed two feature films and a documentary in France. Janus Metz was attached to direct the film in 2014. He was replaced by Mélanie Laurent in 2016.