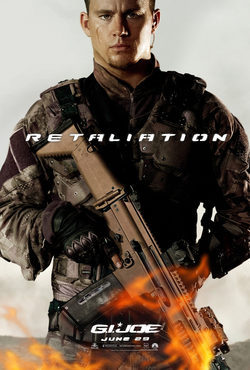 The Joes re-team to prevent Cobra from achieving total world domination in this sequel that picks up shortly after the events of G.I. Joe: The Rise of Cobra. The Nanomite threat has been neutralized, and the U.S. government has imprisoned Cobra Commander and Destro in an inescapable subterranean prison. When the leader of Pakistan is assassinated, the U.S. president calls on the Joes to secure Pakistan's nuclear warheads before they fall into enemy hands. In the wake of successfully completing their mission, however, the Joes are decimated in a devastating surprise attack. Now, as Cobra holds the entire globe hostage with a revolutionary new weapon placed on satellites orbiting the planet, it's up to the Joes and a trustworthy old friend to save the day... 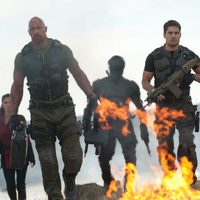 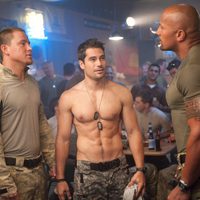 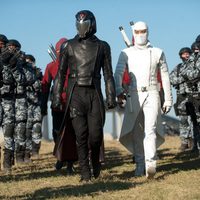 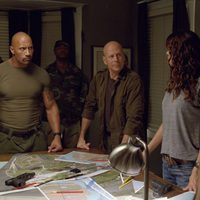 United States Air Forces's Project Thor, nicknamed 'Rods from God', it is based on the principle of Kinetic Bombardment: tungsten rods are dropped from a satellite in orbit and, depending on its size, could destroy from deep bunkers to whole cities. To prepare for his role as Firefly, Ray Stevenson read the G.I. Joe comics. He became a fan of his character, even putting in his own money so that the costume designers would make a mask to go with the costume. The prison in former East Germany is called 'Einsargen', a German verb meaning "to put someone into a coffin".