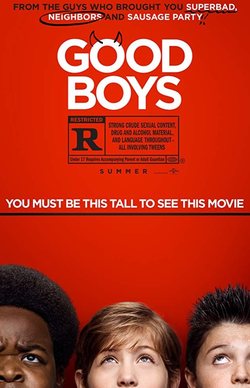 The self-proclaimed 'Beanbag Boys', made up of 6th graders Max (Jacob Tremblay, 'Wonder'), Thor (Brady Noon, 'Boardwalk Empire') and Lucas (Keith L. Williams, 'The Last Man on Earth'), are sick of being your stereotypical little angels. At 12-years-old, they feel it's time to start barreling towards adolescence without a backwards glance, which for Max means attending a party hosted by the cool kids at which he's assured there will be "kissing", giving him a chance to make a move on his crush, Brixlee (Millie Davis, 'Orphan Black'). To prepare themselves for their new tween lives, they decide to investigate a world of drugs and puppy love that grosses them out and highlights their naivety about the world they're desperate to be a part of. However, their plan threatens to be derailed when the trio break a drone owned by Max's father (Will Forte, 'Nebraska') whilst trying to spy on two teenage girls down the street, Hannah and Lily (Molly Gordon, 'Booksmart' & Midori Francis, 'The Birch'). If they don't replace it by the time Max's father returns from a work trip, Max will be grounded and his kissing party plan will be a lost cause. 'Good Boys' is a coming-of-age comedy directed by Gene Stupnitsky ('The Office') and written by Stupnitsky alongside Lee Eisenberg ('Hello Ladies'). Hide full plot... Show full plot 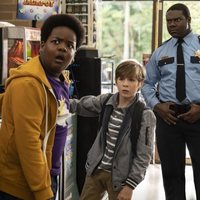 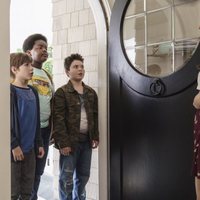 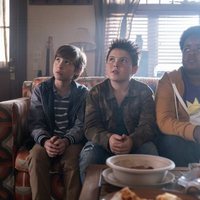 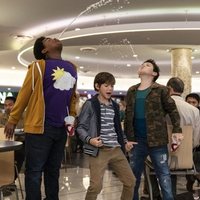 ?
Write your own 'Good Boys' review.

It's Gene Stupnitsky's first film as director, who had already directed some episodes from TV series 'The Office'. Jacob Tremblay and Millie Davis had already shared screen in 'Wonder' (2017) The film received an R rating for explicit sexual content, and the appearance of drugs and alcohol.