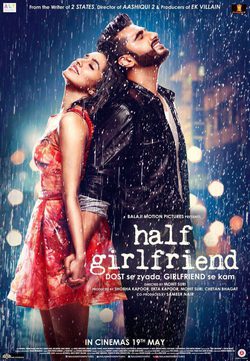 Madhav Jha (Arjun Kapoor), a rural boy from Bihar, who can't speak English well, luckily gets accepted to St. Steven's College through the sports quota. Madhav falls for Riya Somani (Shraddha Kapoor), a rich girl who also studies at St. Steven's College. Soon, Madhav befriends Riya due to their association with basketball and conveys his feelings for her, but Riya declines the proposal of being his girlfriend but decides to be his half-girlfriend. Shailesh (Vikrant Massey) advices Madhav to keep a physical relationship with Riya. Madhav tries to keep a physical relationship with her but is rejected by Riya as it offended her. Thus, Riya starts ignoring Madhav. 'Half Girlfriend' is an Indian romantic drama film based on the novel of the same name written by Chetan Bhagat. 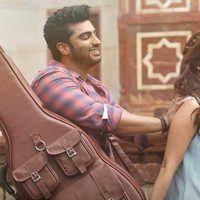 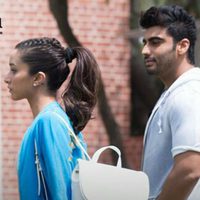 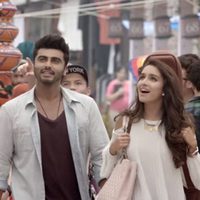 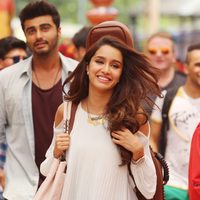 ?
Write your own 'Half Girlfriend' review.

Director Mohit Suri revealed that Kriti Sanon was the first choice for Shraddha Kapoor's role of Riya Somani in 'Half Girlfriend'. This is the second time Arjun Kapoor has acted in the remake of a novel of writer Chetan Bhagat. Arjun Kapoor's second movie based on a novel (the first being Two States which is also an adaptation of a Chetan Bhagat novel).