Jacob, Mimmi and the Talking Dogs 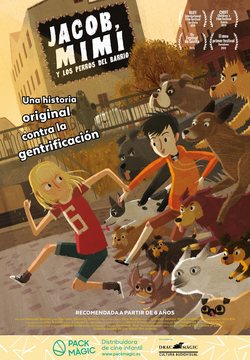 Jacob has always dreamed of becoming an architect like his father. When his father goes on a work trip, he must spend his summer in Riga Street, a suburb of the city Maskachka. He must live with his uncle Eagle, an old seaman who believes himself a pirate, and her cousin Mimmi. The boy is surprised when he sees how different is the people there, but he is schocked when he meets Boss, a dogs who leads a team of dogs and who can talks. One day, Lord Pie, an important business man comes to the street to tear down the park. His plan is to build a skyscraper instead. Jacob and Mimmi will not allow it. They have to stop him whatever it takes. Maybe this looks impossible, but there is a chance. The children makes a deal with Boss and his pack of dogs to get rid of this threat. All together must work to defeat Pie and his plans for their neighborhood. Will they be able to do it? 'Jacob, Mimmi and the Talking Dogs' is the first animated long movie directed by Edmunds Jansons. This director and animator has already worked in several short movies like 'Pigtail and Mr. Sleeplessness', 'How Shammies Built a House' y 'International Father's Day'. The film is written by the producer Liga Gaisa and Luizi Pastore. It was nominated to Best Screenplay and Best Score in Latvian National Film Festival. Hide full plot... Show full plot 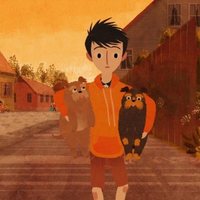 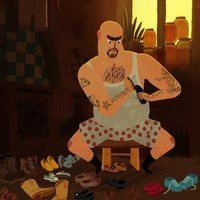 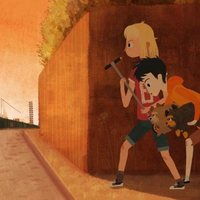 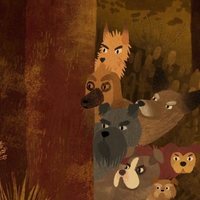 ?
Write your own 'Jacob, Mimmi and the Talking Dogs' review.