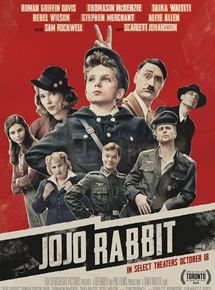 In this comedic satire, Jojo Betzler (Roman Griffin Davis) is a solitary child from Germany during the years of Hitler and World War II who lives with his mother (Scarlett Johansson). He is enrolled in the youth bases of the German army, at the orders of Adolf Hitler. The child has no friends, only an imaginary one, who is the very same führer, who pushes him towards the most nationalist and patriotic beliefs. Together, the will live different adventures, but everything is going to change when he discovers that her mother has a jewish girl (Thomasin McKenzie) hidden in his own house, who will force him to face his fears and make him reconsider the structure of thought that had been formed, remembering him he's just a little ten years old boy. That will be how Jojo will start to discover that jewish people aren't so different to him, as he used to thought, and he will start to have an opinion so moved away from his imaginary friend, Hitler. The film is directed and written by Taika Waititi ('Thor: Ragnarok'), and is based on the novel 'The Caged Heaven' by Christine Leunens. Following the steps of Charles Chaplin and his 'The great dictator', Waititi dares to wear the Hitler's moustache and playing him on the screen in this satire starred by Scarlett Johansson.

'Jojo Rabbit' clip: "Be the rabbit" 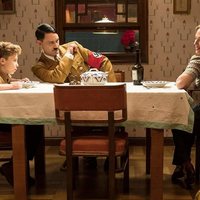 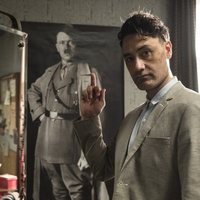 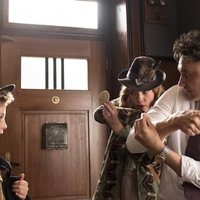 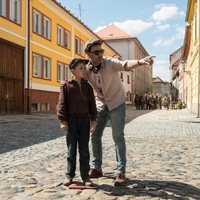 ?
Write your own 'Jojo Rabbit' review.

The film is based on the the novel 'Caging Skies' by author Christine Leunens. The film triumphed at the 2019 Toronto Film Festival by winning the Audience Award. Scarlett Johansson and Taika Waititi also starred together in "Avengers: Endgame"