Jumanji: The Next Level 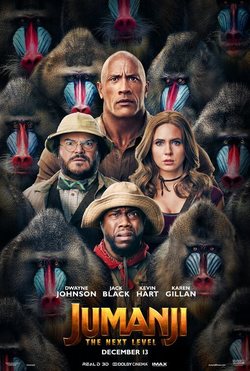 In this sequel to the successful reboot of 'Jumanji', Spencer keeps the remains of the Jumanji video game unbeknownst to his friends and works on repairing them in his grandfather's basement. One day, Spencer's friends, Fridge, Bethany and Martha, arrive and realise that Spencer has re-entered the game on his own, and so they decide to follow him and bring him back before he is hurt without anyone to watch his back. Amidst the confusion, none of the three notice that Spencer's grandfather, Eddie, and Eddie's friend, Milo Walker, have overheard them all and end up getting sucked into the game themselves. The friends must find Spencer and guide Eddie and Milo through the strange world of action and avatars before making their final attempt at escape and leaving Jumanji behind for once and for all. 'Jumanji: The Next Level' is directed by Jake Kasdan ('New Girl', 'Ben and Kate', 'Bad Teacher'). Forming the cast are Karen Gillan ('Guardians of the Galaxy', 'Not Another Happy Ending', 'Selfie'), Dwayne Johnson ('Moana', 'Ballers', 'Fast & Furious 8'), Ashley Scott ('Unreal', 'Just Friends', 'Secret Obsession'), Jack Black ('School of Rock', 'High Fidelity', 'Unexpected Race'), Awkwafina ('The Farewell, 'Ocean's 8'), Danny DeVito ('Matilda', 'Batman Returns'), Kevin Hart ('Central Intelligence', 'Ride Along'), Danny Glover ('Lethal Weapon', '2012') and Nick Jonas ('Camp Rock', 'Scream Queens'), amongst others.

Cast Jumanji: The Next Level

'Jumanji: The Next Level' Trailer 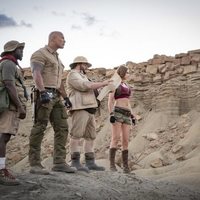 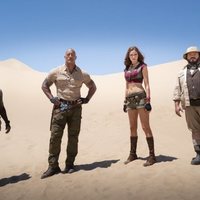 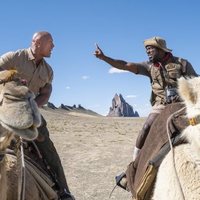 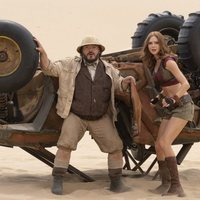 Reviews Jumanji: The Next Level

?
Write your own 'Jumanji: The Next Level' review.

Trivia Jumanji: The Next Level

During filming, Jack Black was running a behind the scenes video log for his 'Jablinski Games' YouTube channel. Jack Black referred to this movie as Jumanji 4, citing 'Jumanji', 'Zathura: A Space Adventure' and 'Jumanji: Welcome to the jungle' as the other films in the series. This is Danny Glover and Danny DeVito's first collaboration since 'I'm Still Here'.