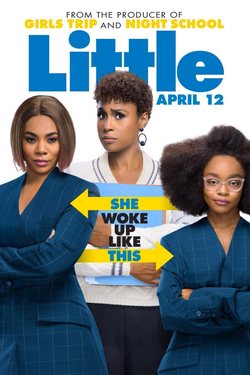 Jordan Sanders (Regina Hall, 'Girls Trip'), the powerful if tyrannical executive of an Atlanta-based technology film, has a tendency to bully her employees as a result of the bullying she herself faced in middle-school for her obsession with science, specifically physics, with her shy assistant, April (Issa Rae, 'A Black Lady Sketch Show', often on the receiving end of her wrath. Her cruel words soon backfire, however, when an instance of rudeness to a little girl performing magic tricks results in the child casting a spell to make Jordan "little" once more. The next morning, Jordan wakes up as her 13-year-old self (portrayed by Marsai Martin, 'Black-ish'). She struggles to continue her work this way, with nobody willing to take a child seriously in the office. Left with no other options, Jordan registers for her local middle school and, once again, ends up bullied and humiliated. Humbled by her experiences, Jordan works together with April to bring a bit more kindness to the world, and especially to the table of misfits that remind her of her younger self. 'Little' is a fantastical comedy directed by Tina Gordon ('Praise This', 'Peeples') and was written by Gordon and Tracy Oliver ('The First Wives Club', 'The Sun Is Also a Star'). 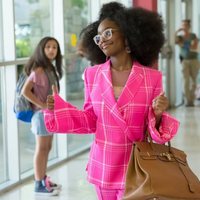 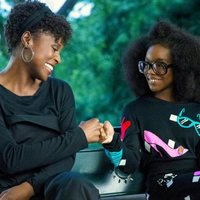 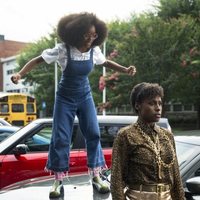 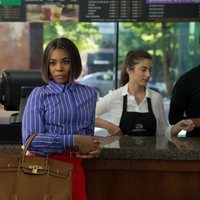 ?
Write your own 'Little' review.

Marsai Martin, the 14 years old star, is not only the main character but one of the executive producers of the movie, the youngest in Hollywood ever. When Jordan walks into her office building, it seems to recreate a similar scene we can watch at 'The Devil Wears Prada'. Regina Hall had already worked with Issa Rae on 'The Hate U Give' and 'Insecure', and with Marsai Martin on 'Blackish'.