I Can Quit Whenever I Want 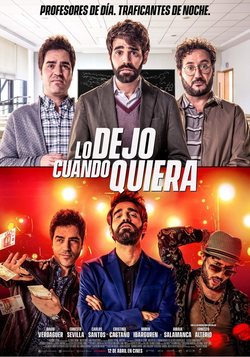 Pedro (David Verdaguer), Arturo (Ernesto Sevilla) and Eligio (Carlos Santos) are three nerd friends and professors in the University. The economical crisis affects them and they are fired from their jobs. As they have to survive, they use their intelligence to create a new drug which will become a greater hit at the night clubs. Now their lives have experienced a big change: the classic nerds turned to be drugdealers. Their lack of experience in this field will carry some consequences they will have to deal with, creating some of the most eccentric situations. This is the new comedy by Carlos Therón ('Es por tu bien', 'Mira lo que has hecho'). The rest of the cast is formed by Cristina Castaño ('Cuerpo de élite'), Miren Ibarguren ('La que se avecina'), Amaia Salamanca ('Fuga de Cerebros), Pedro Casablanc ('B'), Gracia Olayo ('La llamada'), Luis Varela ('Algo que celebrar') and Ernesto Alterio. Hide full plot... Show full plot

Cast I Can Quit Whenever I Want

'I can quit whenever I want' trailer English subtitles 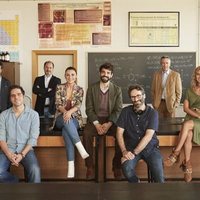 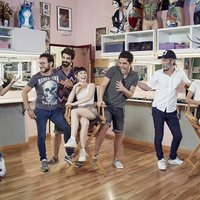 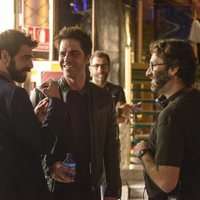 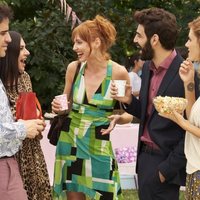 Reviews I Can Quit Whenever I Want

?
Write your own 'I Can Quit Whenever I Want' review.

Trivia I Can Quit Whenever I Want

Carlos Therón, the director of the film, he's used to comedy genre. Therón has directed 'Fuga de cerebros 2'(2001), 'Es por tu bien' (2017) and he has participated in series as 'El chiringuito de Pepe' (2012) or 'Mira lo que has hecho' (2019). The film is been filming in different locations in Madrid. Carlos Santos had a Goya for Best Actor Revelation with 'El hombre de las mil caras' (2016) and David Verdaguer had another one for Best Supporting Actor with 'Verano 1993' (2017).