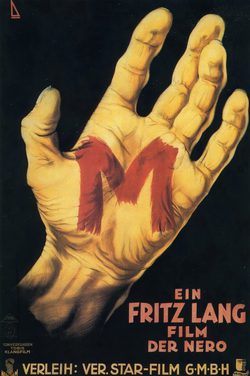 In Düsseldorf there loose a kidnapper and murderer of girls. Parents are terrified, like the rest of the city. The police are looking for him unabashedly ... or successfully. But criminals of the city are not happy with M, which is the name given to the murderer it is news day in and day out in the German city. Due to increased security by the police to hunt down the murderer, they are influencing their business. So the gangland also start searching the famous murderer. First spoken of Fritz Lang film, Chaplin motivated to gradually introduce the sound slowly in their elículas in 1931 after 12 silent films, has been the source of several very different interpretations among them.