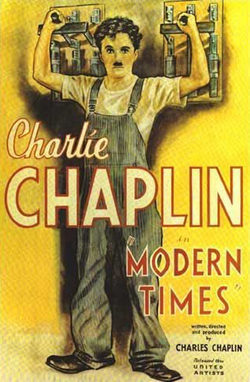 A factory worker who works tightening nuts been psychologically deranged due to the frenetic pace and heaviness of the work, so he is taking to a psychiatric hospital. When he comes out of there, just unwillingly in a demonstration and is imprisoned. Inside prison, also unwittingly it helps guards to stop a mutiny that had begun, so let him out of there. Now he must search a job to living, and even to eat too. In addition meets a young orphan woman who lives in the street. He will intends to find a job that can make both live. One of the most celebrated movies of Charles Chaplin. Is considered the last silent film era, it has even incorporated some sounds to the film. A few voices and the sound of the machines. 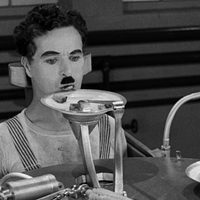 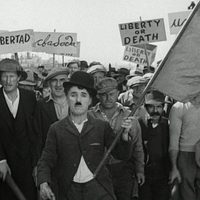 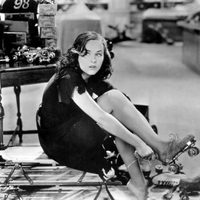 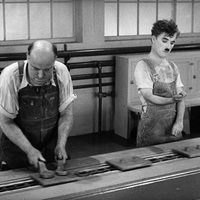 ?
Write your own 'Modern Times' review.