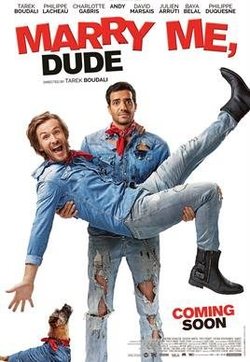 Yassine (Tarek Boudali) is a Moroccan student of architecture in France whose student visa has been lost during a night partying before his admission exams. He becomes an illegal citizen, so in order to avoid deportation, Yassine must ask his best friend Fred (Philippe Lacheau) to marry him in order to get immigration papers. But not everything is as easy as it seems, for a suspicious inspector is determined to uncover their fake marriage to prove they aren't together because of love. When Yassine's mother turns up unannounced and Claire, the love of his life also comes back, Yassine's perfect plan starts to fall apart. Besides starring the film, 'Marry Me, Dude' is also the debut of Terek Boudali as a director. 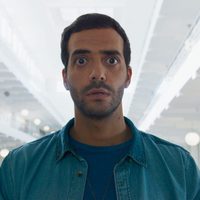 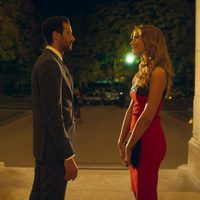 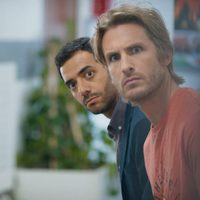 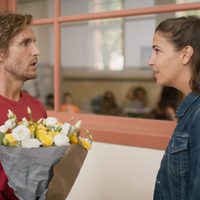 ?
Write your own 'Marry Me, Dude' review.

The director claims that he came up with the idea when the law of equal marriage was being approved, which would make it easy for those who wanted a marriage of convenience. "If I didn't have legal papers, I'd ask my best friend", he said.