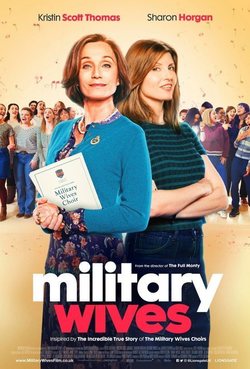 Based in the real international phenomenon of military wives choirs. While the men were going away to war in Afghanistan, they were staying behind at home. 'Military Wives' is based on all of the women who stayed behind while their husbands went to war, and in particular in a group of women who decided to create a music chorus in a military base. Kate (Kristin Scott Thomas) was for a long time the chair of the Social Committee for the group, but now she has to step away because Lisa (Sharon Horgan) has been chose for this position. Each of them has a different vision for the type of activities that should be develop. Kate wants to continue doing book clubs and community work, while Lisa proposes calmer plans that allow her to have a glass of wine. Surprisingly, they both agree with the idea of creating a choir, even thought each has a different method. They crate the first military wives choir. During practice, the whole group gets closer. Their newly built friendship joins them in a moment full of fear and worrying about their loved ones, that are in one of the most dangerous situations. Besides this, the group will become an example for the world and they will find themselves in the center of the media coverage. Together, they think about how much of their identity is wrapped up in their husbands. The support that will emerge between these women and their resistance spirit and fight is the focus of this film. 'Military Wives' is directed by Petter Cattaneo director of 'Full Monty' and written by Rosanne Flynn and Rachel Tunnard. 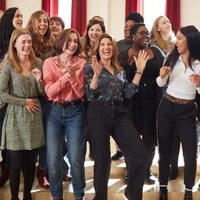 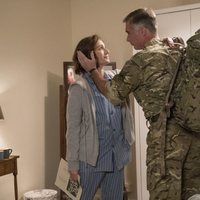 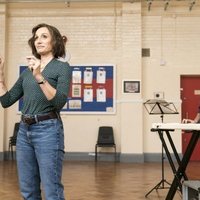 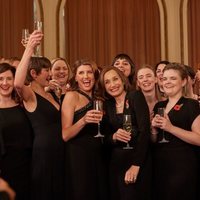 ?
Write your own 'Military Wives' review.

The music composer for 'Military Wives' is Lorne Balfe, that has worked in the soundtracks of 'The Dark Knight', 'Sherlock Holmes: A Game of Shadows' and 'Megamind'. Director Peter Cattaneo doesn't consider 'Military Wives' as a comedy even though it provoques laughter but neither a drama-comedy 'Military Wives' made its debut in the United States in the Palm Springs Film Festival.