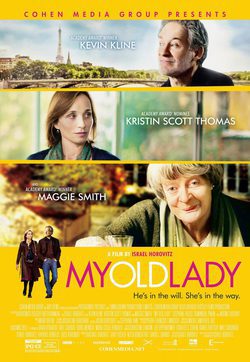 Penniless New Yorker Mathias travels to Paris to liquidate a huge apartment he has inherited from his estranged father. He is stunned to find a refined old lady, Mathilde living there with her very protective daughter, Chloé. He soon learns that under ancient French law, he will not actually gain possession of the apartment until Mathilde dies. 'My Old Lady' marks the directorial debut of internationally celebrated playwright-screenwriter Israel Horovitz. 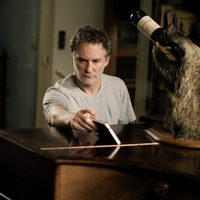 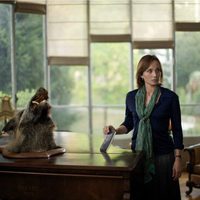 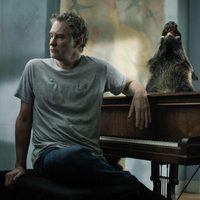 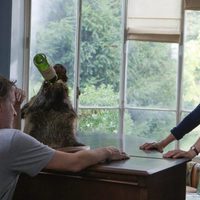 ?
Write your own 'My Old Lady' review.

First appeared as a play by Israel Horovitz which premiered at the Gloucester Stage Co., founded by Horovitz in East Gloucester, MA. This picture reunites Maggie Smith and Kristin Scott Thomas for the second time as mother and daughter roles. They starred in 'Keeping Mum together first'. Although Kevin Kline's character claims he doesn't speak French in the movie, in reality, Kline is fluent in the language