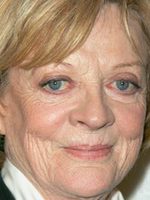 Maggie Smith is an accomplished actress, theater and British television, considered one of the best interpreters of the film in England and in the old Hollywood. He has received numerous awards, both for the theater and cinema, among them include seven BAFTA (only Judi Dench the leads in wins English award), three Golden Globes, three Emmys, two Oscars, a Tony and two SAG. He born in Ilford, England. His parents were Margaret Hutton Little, a Scottish secretary and Nathaniel Smith, a pathologist. He studied at Oxford High School until 16 when he left to study acting at the Oxford Playhouse School. In 2008 she was diagnosed with breast cancer after she discovered a lump in her breast but fortunately managed to overcome. Among his most memorable performances is that of Professor Minerva McGonagall in the popular Harry Potter series and the Dowager Countess of Grantham in the acclaimed BBC series, 'Downton Abbey'. Tragicomedy starring in 2015 'Lady in the Van', where she played Mrs. Shepherd.

Maggie Smith has been active for 41 years, participating in 23 movies that average a 7.6/10 score.

The Lady in the Van 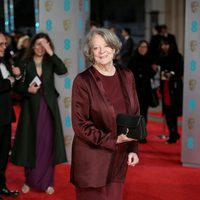