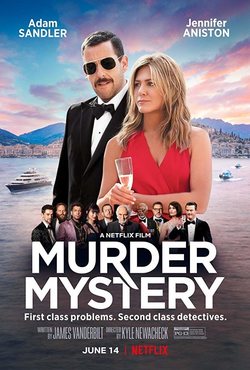 NYPD Officer Nick Spitz (Adam Sandler) panics at his 15th anniversary dinner to his wife Audrey (Jennifer Aniston) and tells her two lies: the first, that he passed his detective exam when he in fact failed, and the second, that he is finally taking her on their long overdue honeymoon to Europe. On the flight that Nick hastily booked, Audrey meets the wealthy Charles Cavendish (Luke Evans), who invites the couple to a yacht party hosted by his uncle Malcolm Quince (Terrence Stamp), who has just married Charles's much younger ex-fiance Suzi Nakamura (Shioli Katsuna). At the celebration aboard Malcolm's yacht, he announces that they are all shameless gold-diggers and so he intends to write a new will, leaving them all out of it and bestowing all his worldly possessions upon his wife. Just before Malcolm can sign the will, however, the lights go off and a gunshot sounds, and when the chaos is over, the party realises that Malcolm has been killed. When Inspector Laurent Delacroix (Dany Boon) arrives to question the party and everyone says that they suspect Nick and Audrey, the couple must band together to prove their innocence and work on their marriage, all whilst evading Malcolm's true killer. 'Murder Mystery' is written by James Vanderbilt and directed by Kyle Newacheck. 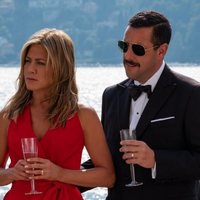 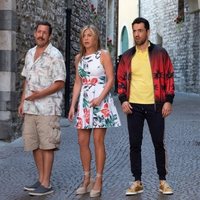 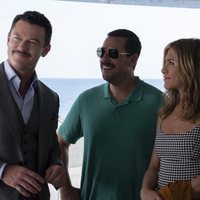 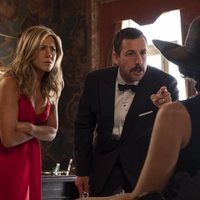 ?
Write your own 'Murder Mystery' review.

Actress Charlize Theron was about to enter the project. It's the second movie made by Adam Sandler and Jennifer Aniston toghether. The first one was 'Just Go with It'. The film is directed by Kyle Newachek, produce of other Netflix films as 'Package' or 'Game Over, Man!'.