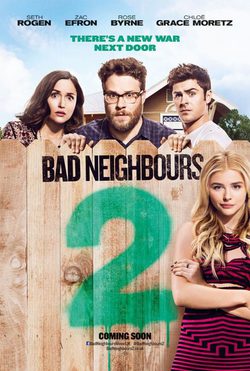 Sequel to 'Neighbors', the film directed by Nicholas Stoller starring Seth Rogen and Zac Efron, in which the character played by Rogen did everything possible to end the eternal feast in which the members of the brotherhood who lived in the house next door seemed immersed, starting with the character played by Efron. Both reprise their roles in this film that also features the presence of Rose Byrne, Selena Gomez and Chloë Grace Moretz. The war unleashed again in the neighborhood of the Radner's when a brotherhood of girls led by Morgan (Chloë Grace Moretz) threatens to end again with the tranquility. So Mac (Seth Rogen) and Kelly (Rose Byrne) Radner, desperate to keep the peace for which they fought so much, ask for help from an old friend: Teddy Sanders (Zac Efron). The former leader of the Beta Delta Psi fraternity will not hesitate to help this marriage in trouble that don't know what to do to stop the advance of the uncontrolled university students. Nicholas Stoller repeats in the direction with a script, in which he has collaborated, written by Andrew J. Cohen, Evan Goldberg, Seth Rogen and Brendan O'Brien. 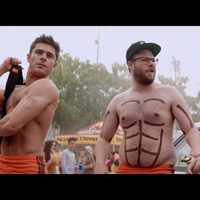 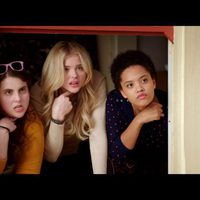 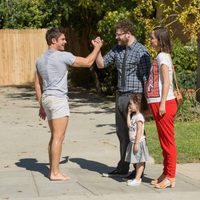 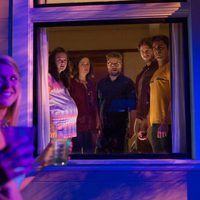 ?
Write your own 'Bad Neighbours 2' review.

Third time the director Nicholas Stoller and Rose Bryne have collaborated with each other. The 1st time was 'Get Him To The Greek' then 'Neighbours' and now 'Neighbours 2' Chloe Grace Moretz announced by twitter her participation in the film Lena Dunham had a cameo as Jeanna D'Arc but it was cut from the final film.