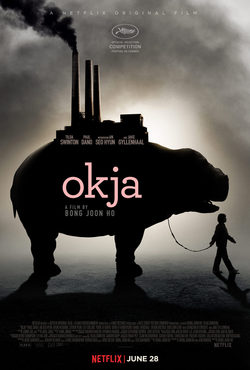 'Okja' tells the story of Mija, a young girl whose pet, called Okja, has been kidnapped by a multinational company. In order to avoid its death, the lead character will life a dangerous adventure looking for her best friend. this sci-fi movie, which has been recorded between South Korea and the United States, is starred by Tilda Swinton, Jake Gyllenhaal, Paul Dano, Devon Bostick, Lily Collins, Steven Yeun, Byun Hee-bong, Shirley Henderson, Daniel Henshall, Je Moon and Choi Woo-sik. 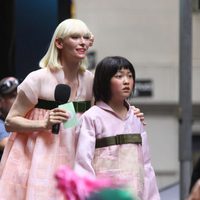 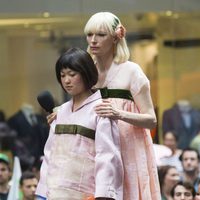 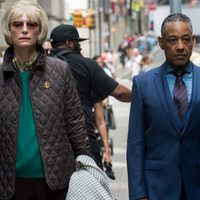 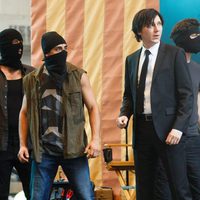 ?
Write your own 'Okja' review.

Okja's face was design motif to Florida state manatee. Paul Dano and Jake Gyllenhaal have worked together before in 'Prisioners', in 2013. It's the second co-production by Netflix and Plan B Entertainment. The first one is 'War Machine'.