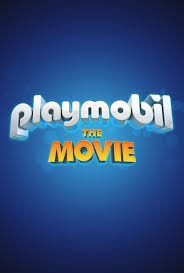 Marla (Anya Taylor-Joy, 'Peaky Blinders') is a recent high-school graduate living in Brooklyn but eager to explore the rest of the world, despite her reluctance to leave behind her little brother, Charlie (Gabriel Bateman), to whom she is extremely close. When their parents pass away in a car crash, Marla steps up as Charlie's guardian and replaces her adventure-seeking, fearless demeanor with a strict, immovable one. When Charlie runs away to a toy convention, an anxious Marla hastily gives chase. Strangely, along the way the two siblings are thrown into the Playmobil universe in which they become figures themselves. Charlie is quickly separated from his sister and abducted by the ambitious and cruel Roman emperor Maximus (Adam Lambert, 'Glee'). Marla, assisted by her newfound sidekicks, the wisecracking Del (Jim Gaffigan, 'Bob's Burgers') and dimwitted secret agent Rex Dasher (Daniel Radcliffe, 'Harry Potter', 'What If?'), must find her way back to her little brother in the wake of the tragedy that hit their family years earlier. 'Playmobil: The Movie' is directed by Lino DiSalvo ('Frozen', 'Bolt') and is written by Blaise Hemingway ('Age of Sail'), Greg Erb ('The Princess and the Frog'), Jason Oremland ('The Princess and the Frog') and Michael LaBash ('Glago's Guest'). Hide full plot... Show full plot 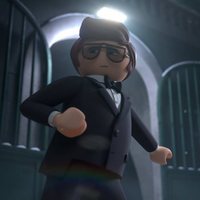 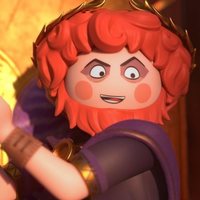 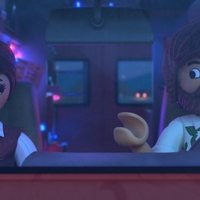 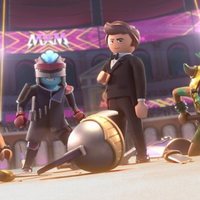 ?
Write your own 'Playmobil: The Movie' review.

Jim Gaffigan's 3rd animated film, after 'Duck Duck Goose' (2018) and 'Hotel Transylvania 3: Summer Vacation' (2018). Nerea Rodríguez, former OT contestant, and Ángel Llácer lend their voice to the film. After having premiered with 'Ugly Dolls', the singer Nerea Rodríguez repeats as a voice actress in this film