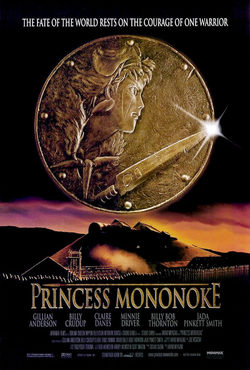 After being attacked by a monstrous mad boar, the young man Ashitaka begins the journey in search of God Deer, he is the one can cure him, since the wound is in the arm, gradually extending to even get to kill who suffers. But the curse is not only that, when Ashitaka is letting go by the fury, the wound gives a huge force ... but it grows faster. Meanwhile, humans are destroying the forests, so the gods turned into fearsome beasts do everything possible to protect them led by Mononoke, a warrior princess. Ashikata must decide whether to help men or deities trying to stop the curse of his wound.

?
Write your own 'Princess Mononoke' review.