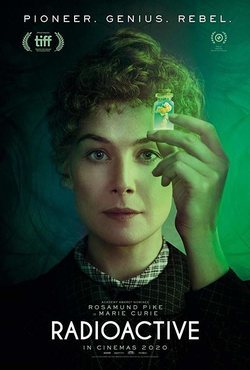 'Radioactive' tells the live of Maria Sklodowska-Curie, better know as Marie Curie (Rosamund Pike). The movies explores the experiences and investigations of a woman ahead of her time. Born in the XIX century, Marie studies to become a scientist who marries with her colleague Pierre Curie (Sam Riley) in her adulthood. Despite of the criticisms and prejudices of a community of men, Marie stands until she makes one of the most amazing discoveries of history: the radium. This element changes the worlds and make her worthy of Nobel Prize for science. Unfortunately, this same discovery will be the reason why she will lose her live. 'Radioactive' is a biography directed by the filmmaker and comic book artist Marjane Satrapi ('Persepolis', 'The Voices'). The movie is based on the graphic novel of Lauren Redniss and its script is written by Jack Thorne ('Wonder', 'Kiri'). Its cast is composed by the british actress Rosamund Pike ('Gone girl', 'Jack Reacher', 'Pride & Prejudice '), Anya Taylor-Joy ('Split', 'Glass', 'Peaky Blinders'), Sam Riley ('Maléficent', 'Pride and Prejudice and Zombies', 'On the road'), Jonathan Aris ('The End of the F***ing World', 'Drácula', 'The death of Stalin') and Simon Russell Beale ('The death of Stalin', 'Into the Woods', 'Penny Dreadful'). 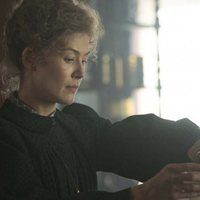 ?
Write your own 'Radioactive' review.

The film is based on the graphic novel 'Radioactive: Marie & Pierre Curie: A Tale of Love and Fallout' by Lauren Redniss. This is director Marjane Satrapi's first film based on a graphic novel that was not written by her. Two of her films 'Persepolis' and 'Chicken with Plums' are based on graphic novels written solely by her.