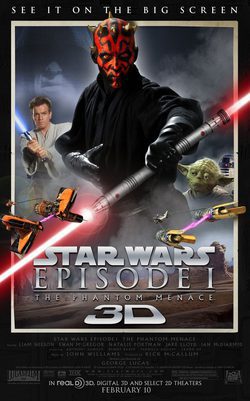 With 'Star Wars: Episode I - The Phantom Menace' we make a journey to the past in which Darth Vader is nothing more than a child who dreams of winning a Podrace while the powerful Jedi Obi-Wan Kenobi (Ewan McGregor) it's just an apprentice who follows his master Qui-Gon Jinn (Liam Neeson) in a mission that aims to end the blockade that the Trade Federation, under the influence of two lords Sith, has set to the small planet Naboo. The two Jedi, who have been sent as mediators to one of the Federation ships, discover that the threat is much greater than they thought and decide to warn the young Queen Amidala (Natalie Portman) who still believe that it is possible to reach an agreement. Amidala finally understand that her planet is being invaded and, aware that they can't go to war, she decides to follow the advice of the Jedi and go to present their case to the Senate in Coruscant. In their escape from Naboo, the ship in which they are traveling it's severely damaged, so they decide to land on the desert and remote planet of Tatooine, in which they found the young Anakin Skywalker (Jake Lloyd). The presence of the Force in the child is such that Qui-Gon suspects he may be the chosen one. Meanwhile the Sith keep trying to hunt down the party before they can reach the capital of the Republic. George Lucas wrote and directed this film, set thirty years before Star Wars: Episode IV - A New Hope, which marked the return of the popular saga to the big screen, two decades after the release of Episode IV in 1977. Also starring Ray Park, Ian McDiarmid and Terence Stamp.

Duel of the Fates from 'Star Wars: Episode 1 - The Phantom Menace' 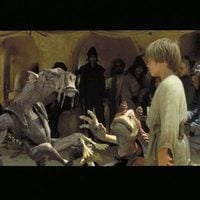 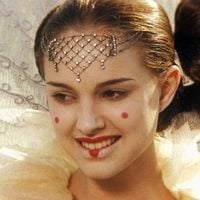 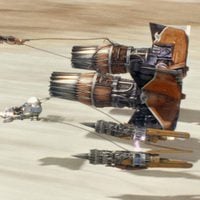 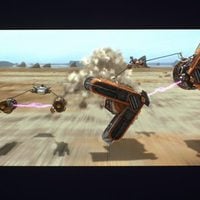 ?
Write your own 'Star Wars: Episode I - The Phantom Menace' review.

During the shooting of the movie Ewan McGregor used to make the lightsabers sound, which then had to be removed in post production. The sets were built according to the height of the characters while the rest was computer generated. Liam Neeson that cost the set crew an extra of $150,000 for finishing the construction. Once characterized Natalie Portman and Keira Knightley were so much alike that even Knightley 's mother struggled to distinguish her daughter when she visited the set.