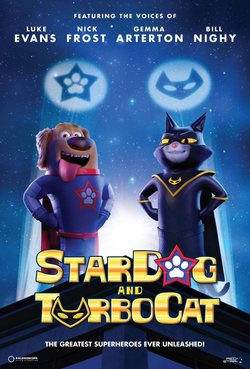 In 1969, Buddy was launched to space by a scientist. Also, Buddy is the most loyal dog in the world. But, during the space trip, a problem happened: he became a superhero. During fifty years he was trapped in the spacecraft and now, in 2019, he finds a very different world from the one he left behind. One thing that has changed is that people don?t see animals as something "cute and adorable". They hate them a lot. In this non favorable environment, Buddy has to find a sidekick for his adventure. On this way it shows up Felix, a sort of millionaire genius. Buddy won?t like this thing at all at the beginning, but he is desperate enough to find his old owner that he will accept anybody?s help. During their way they will find a young female bunny who will tell them that it there is an animal on the loose in the city, they will take them to an animal facility and nobody will see them again. 'Stardog y Turbocat' is directed by Ben Smith, who directs mostly short films, and is voiced by Luke Evans ('Angel of Mine?), 'The Alienist'), Nick Frost ('Into the Badlands', 'Fighting with My Family'), Gemma Artenton ('The Escape', 'Melanie, the Girl with All the Gifts') and Bill Nighy ('Pokémon Detective Pikachu', 'The Kindness of Strangers'). Hide full plot... Show full plot 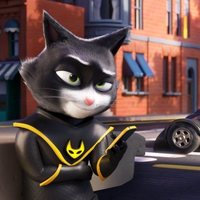 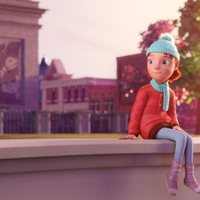 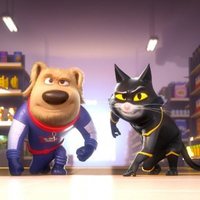 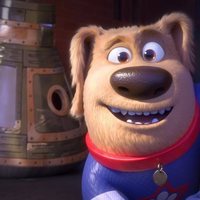 ?
Write your own 'StarDog and TurboCat' review.