The Catcher Was a Spy

Moe Berg (Paul Rudd), a first class baseball player, keeps a double-life being a spy for the government of the United States at the same time. For the fifteen years he plays as a professional, he is also a fundamental part of the OSS (Office of Strategic Services, a previous CIA). In the middle of the World War II, Berg will face the most important mission of his life: get inside the circle of Werner Heisenberg, the leader of the nazi atomic program. Berg will try to delay Germany so USA becomes the first country to build the atomic bomb. The movie is based upon the book of the same name and tells a real story. Among the cast, we find Guy Pearce, Jeff Daniels, Paul Giamatti and Sienna Miller.

Cast The Catcher Was a Spy 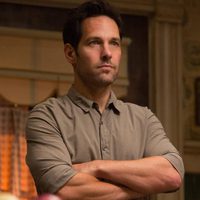