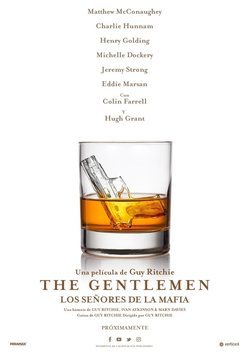 A British businessman who has succeeded in drug trafficking decides to sell his empire to a group of Oklahoma billionaires. Angry at his decision, his clients attempt to intervene with these agreements and the two sides enter into a fight that will force them to confront the realities of dealing against the other side. Guy Ritchie brings back to this movie starred by Matthew McConaughey ('Dallas Buyers Club', 'Interstellar') his hooligan spirit demonstrated in 'RocknRolla' (2008). McConaughey will delve in the skin of the successful drug dealer Mickey Pearson. This dark comedy, with script of Ivan Atkinson, Marn Davies and the own Ritchie, counts, besides McConaughey, with Colin Farrell ('Lobster', 'The Killing of a Sacred Deer'), Hugh Grant ('Florence Foster Jenkins', 'Bridget Jones Diary'), Henry Golding ('A Simple Favour'), Charlie Hunnam ('King Arthur: Legend of the Sword', 'Pacific Rim') and Michelle Dockery ('Downton Abbey', 'Anna Karenina'). The heart of the film is Fletcher, the character played by Hugh Grant, an untrustworthy private investigator who earns his life investigating the dirty laundry of those with a greater purchasing power for a newspaper edited by Big Dave (Eddie Marsan). Everything will start when Fletcher goes to the house of the Pearson's right hand, Ray, and will offer him a deal.

Third clip subtitled in Spanish of 'The Gentlemen' VO

Second clip subtitled in Spanish of 'The Gentlemen' VO

Subtitled in Spanish clip of 'The Gentlemen' VO 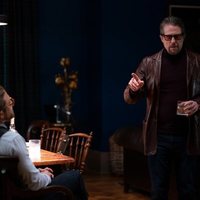 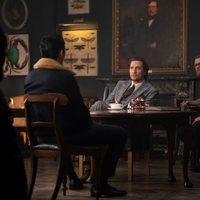 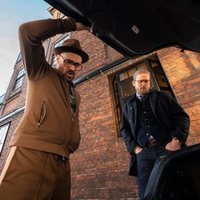 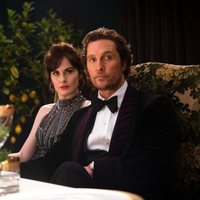 ?
Write your own 'The Gentlemen' review.

Towards the end of the film Hugh Grant's "Fletcher" stands in front of a movie poster for 'The Man from U.N.C.L.E.' which is a previous Guy Ritchie film that he also starred in as slick operative "Waverly". Second time Matthew McConaughey has played a character named Mickey. He plays Mick Haller in 2011's 'Lincoln Lawyer'. Also this is the second Ritchie film to feature a character named Mickey. Brad Pitt plays Mickey, a bare-knuckle boxer in 2000's 'Snatch'. Second movie in which Hugh Grant plays a character with the last name Fletcher after Music and Lyrics (2007) where he played 1980's pop singer Alex Fletcher.