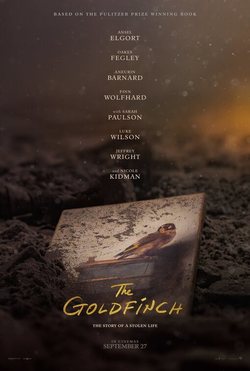 'The Goldfinch' refers to the titular painting on exhibit in the Metropolitan Museum of Modern Art the day that Theo Decker (Oakes Fegley, 'Pete's Dragon', 'Billboard') was present as his mother and several of her colleagues were killed in a terrorist attack. Upon surviving, Theo takes the painting and is given a ring by a dying man with the instructions that Theo should take it to his partner, Hobie (Jeffrey Wright, 'Broken Flowers', 'The Hunger Games: Mockingjay'). When his largely absent father (Luke Wilson, 'The Royal Tenenbaums', 'Zombieland: Double Tap') doesn't come back onto the scene, Theo is taken in by an upper-class family led by Mrs. Barbour (Nicole Kidman), though he also spends a lot of time in the world of Hobie's antiques shop. Theo grows up (played as an adult by Ansel Elgort, 'Baby Driver', 'The Fault in Our Stars') disturbed and distressed under the weight of his situation's trauma and the priceless painting he keeps hidden continues to haunt him, especially under the threatening presence of the ruthless art collector, Lucius Reeve (Denis O'Hare, 'Dallas Buyers Club', 'The Proposal'). 'The Goldfinch' is based on the novel by Donna Tartt. It is directed by John Crowley ('Brooklyn', 'Closed Circuit') and adapted for the screen by Peter Straughan ('Tinker Tailor Soldier Spy', 'Frank'). 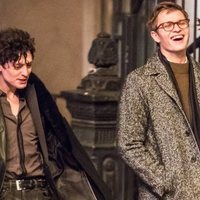 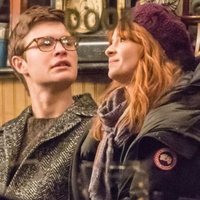 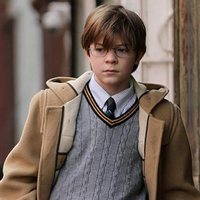 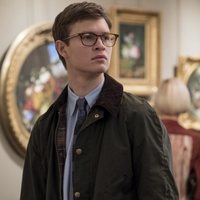 ?
Write your own 'The Goldfinch' review.

The film is based on the Pulitzer Prize-winning novel 'The Goldfinch'. The singer and now actor as well Harry Styles was considerred for the role of Boris but Aneurin Bernard was cast instead. This is first collaboration between Amazon and Warner Bros. Amazon is providing more than a third of the film's budget and has exclusive streaming rights and distribution through their entertainment platform. Warner Bros. has control over theatrical and global distribution.