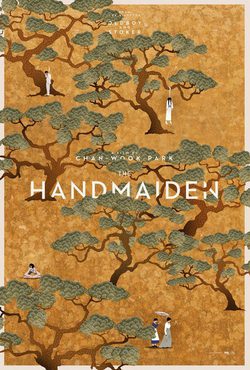 The korean cinematographer Chan-wook Park comes back to his country to record this free adaptation of the Sarah Waters's Book 'Fingersmith'. His new thriller takes place during the Japanese occupation of Korea, and it tells the story about a con man who hires a female thief in order to help him with a twisted plan: to become a personal servant of a rich heir woman, and once she is at her house, seduce her in order to get all her money. Chan-wook Park ('Oldboy', 'Stoker'), directs this time the Korean actors Jung-woo Ha ('Chugyeogja', 'Hwanghae'), Min-hee Kim ('Right now, wrong then') and Jin-woong ('Amsal') in this thriller that is gonna be released at the Official Section of 2016 Cannes Film Festival. 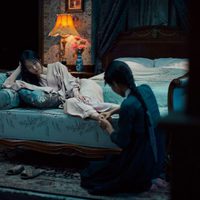 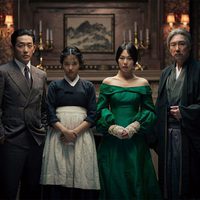 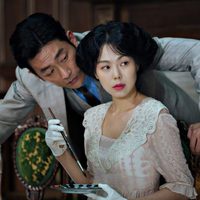 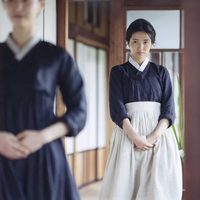 ?
Write your own 'The Handmaiden' review.

'The Handmaiden' has been pre-sold to 116 territories ahead of its theatrical opening. 'The Handmaiden' is gonna be released in the official section of 2016 Cannes Film Festival. Based on the novel 'Fingersmith' by Sarah Waters (published in 2002 by Virago Press). The novel is set in London during the 19th century, but the film is set in Korea in the 1930s, under Japanese colonial rule.