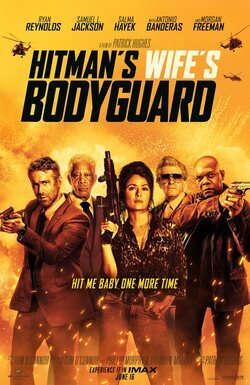 Sequel to the 2017 buddy film starring Ryan Reynolds and Samuel L. Jackson, where he first played a prestigious bodyguard who receives as a new client the hitman Darius Kincaid, Jackson's character. In the sequel, Michael Bryce (Reynolds) is still under investigation and without a license, but is enjoying a well-deserved sabbatical from him. Sonia Kincaid (Salma Hayek), the impulsive and dangerous wife of Darius, appears in the middle of the break, demanding that he help her free her husband and fight a world plot. An evil Greek (Antonio Banderas) and a famous ex-agent (Morgan Freeman) are implicated in Kincaid's kidnapping, all for the idyllic Italian Tuscany. A new mission, which will put their lives in serious danger, to guarantee peace and stability in Europe, a dizzying journey full of chaotic and dangerous situations. On their way they will come across briefcases, Italian gangsters, gangsters, chases, bar fights, explosions and shootings, which amounts to absolute and widespread chaos. Repeat as director Patrick Hughes (also from 'The Expendables 3') and complete the cast Tom Hopper, Frank Grillo, Giulio Berruti, Gabriella Wright, Blake Ritson, Kate Nichols, Caroline Goodall and Richard E. Grant. Tom O'Connor signs the script. 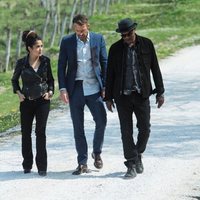 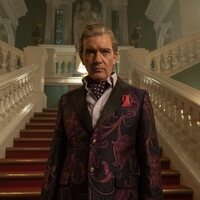 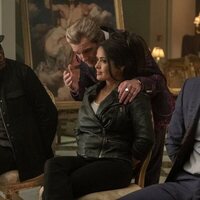 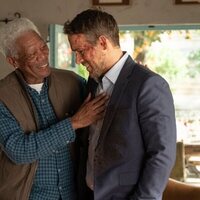 ?
Write your own 'The hitman's wife's bodyguard' review.

This is the first time Morgan Freeman and Samuel L. Jackson have been in a movie together.