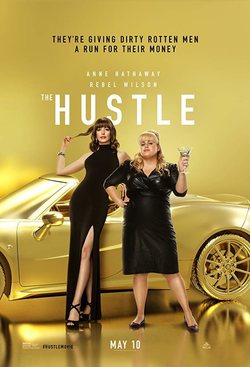 'The Hustle' is a revamped take on Frank Oz's classic 1988 comedy 'Dirty Rotten Scoundrels', starring Michael Caine and Steve Martin. Josephine Chesterfield (Anne Hathaway, 'Les Misérables'), an elegant expat residing in the town of Beaumont-sur-Mer in the French Riviera, lives life in the lap of luxury, carefully conning posh and overconfident tourists by posing as a dimwit in need of a man to save her. Josephine has the authorities in her pocket and operates under the protection of police inspector Brigitte Desjardins (Ingrid Oliver, 'The Increasingly Poor Decisions of Todd Margaret'). Penny Rust (Rebel Wilson, 'Isn't It Romantic?'), is a brash and no-nonsense Australian who also makes a living through con-artistry, albeit on a smaller scale. When she sees the lavish wealth of Josephine, however, she insists upon staying and learning the ropes. Impressed with Penny's raw talent after witnessing her in action, Josephine agrees and teaches Penny her best strategies and self-defense tactics. The two women form an unlikely team, until tensions lead to a competition in which both Penny and Josephine attempt to swindle the rich and seemingly gullible app designer, Thomas Westerburg (Alex Sharp, 'To the Bone'). 'The Hustle' is directed by Chris Addison ('Veep'). Hide full plot... Show full plot 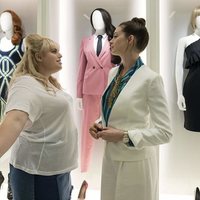 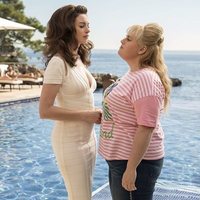 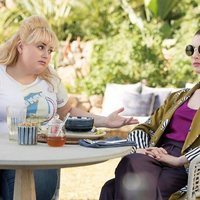 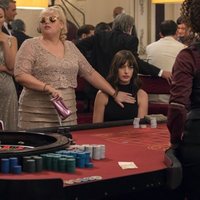 ?
Write your own 'The Hustle' review.

While this is advertised as a remake of 1988's 'Dirty Rotten Scoundrels' starring Michael Caine, Steve Martin and Glenn Headly, 'Dirty Rotten Scoundrels' is actually a remake of 1964's 'Bedtime Story' starring David Niven, Marlon Brando and Shirley Jones. The film has been filmed in Majorca. It's the firs film directed by Chris Addison, after his work in the tv show Veep.