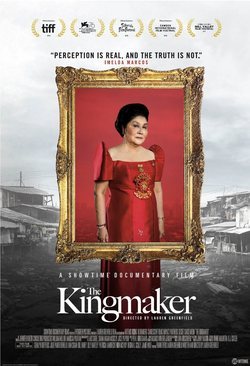 'The Kingmaker' is a documentary which examines the figure of Imelda Marcos, the First Lady of the Philippines between 1965 to 1989. During the rule of her husband, Ferdinand Marcos, the country was marked by the political corruption of this dictator and the martial law. Although Philippines was suffering because of the economic crisis, Imelda kept on pushing for extravagant architectural projects and retained her wealthy lifestyle. This government reigned for 21 years years until Ferdinand was disposed in the People Power Revolution (the Philippine Revolution of 1986), which restored the democracy. The documentary explores the narrative made by Imelda to show her national feeling and her love for her country in the past. Now, the main goal of the former First Lady is to recover the position of power of her family. To achieve it, she will do all what is possible to help her son, Bongbong, win the vice-presidency. Lauren Greenfield ('Generation Wealth', 'The Queen of Versailles') directs, writes and produces this documentary. 'The Kingmaker' gives Imelda the chance to tell her side of the years her family's government ruled The Philippines. Imelda herself won an award Most Compelling Living Subject of a Documentary as the result of this production. 'The Kingmaker' was also nominated for the Grierson Award in the London Film Festival. Hide full plot... Show full plot 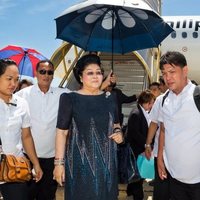 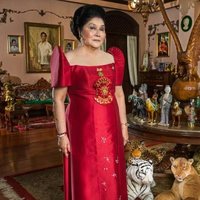 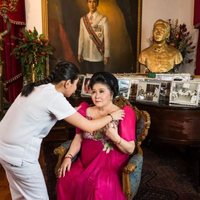