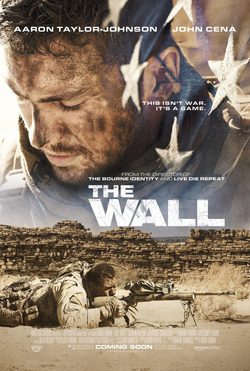 During the Iraq War in 2009, a couple of US military snipers, the important Sergeant Allen Locke and his partner Hobbs, are sent to investigate a construction in the desert of Iraq. Both wait patiently for 22 hours in the desolate landscape in order to make sure the site is safe so as they take the opportunity to collect the radio receivers of the dead security guards. When they go out, Locke is shot by a sniper in the area and, therefore, has to fight between life and death. The Iraqi sniper, a famous and terribly lethal soldier known as "Ghost", has another radio receiver and communicates with them, which are hidden behind a very unstable wall. That is why the Iraqi can access completely confidential information from both military. Of course, this advantage can be used freely. This triggers a series of events in which the Americans will have to fight to survive the "Ghost" shots and try to come back to a safer place where they could rest. A hard war story about the hardships that soldiers often have to endure in their day-to-day lives during military conflicts. The movie is directed by the filmmaker Doug Liman, written by Dwain Worrell, and the cast is completed by Aaron Taylor-Johnson, John Cena, Spencer Thomas and Laith Nakli. 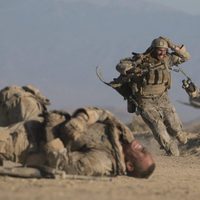 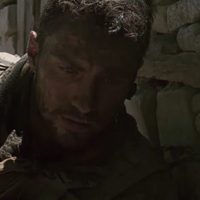 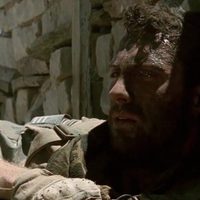 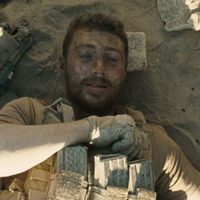 ?
Write your own 'The Wall' review.

'The Wall' was produced by Amazon Studios. The company is a division of the giant in electronic commerce Amazon. Nicholas Irving, former US RANGER Sniper and author of The Reaper is a technical advisor on this project. Irving was nicknamed "the reaper" during his tours of duty in Afghanistan. Originally, the film was to have a less ambiguous ending with Isaac being rescued and the sniper being killed.