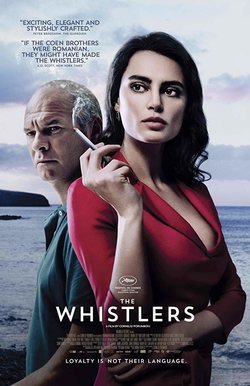 'The Whistlers' follows Cristi (Vlad Ivanov, 'Sunset', 'In Perfect Health'), a police officer who travels to Gomera, a rocky landscape in the Canary Islands, as part of his mission to expose a money laundering plot that extends across to Romania. When he arrives, however, Cristi finds himself caught between two sides: on the one hand, his co-workers and distrustful boss and on the other, the local businessman and small-time criminal Zsolt (Sabin Tambrea, 'Ludwig II', 'Berlin Station') and his femme fatale girlfriend Gilda (Catrinel Marlon, 'C.S.I.', 'The Ideal City'), who ask him to learn the local language, which is comprised entirely of whistles. As Cristi gets sucked into a plot surrounding a stolen 30 million euros, he begins to ask himself which side he is truly working for. 'The Whistlers' is the latest film by Romanian director Corneliu Porumboiu ('The Treasure', 'When Evening Falls on Bucharest or Metabolism'). The film draws on influences from the film noir genre in its twisting plot. Also starring are Rodica Lazar ('Carmen', 'The Last Day'), Agustí Villaronga ('Atlas de geografía humana', 'Carta a Eva'), István Teglas ('Luca', 'Self-Portrait of a Dutiful Daughter'), Cristóbal Pinto ('Hierro', 'La Sala'), Antonio Buíl ('Station Horizon', 'Operation Libertad') and George Pistereanu ('If I Want to Whistle, I Whistle', 'Loverboy'). Hide full plot... Show full plot 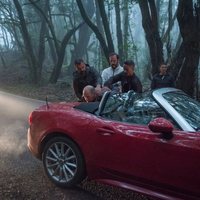 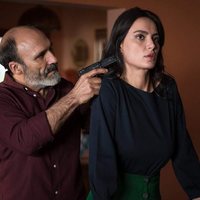 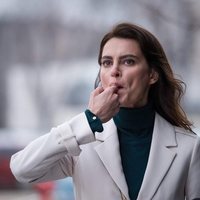 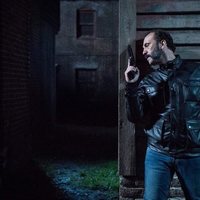 ?
Write your own 'The Whistlers' review.