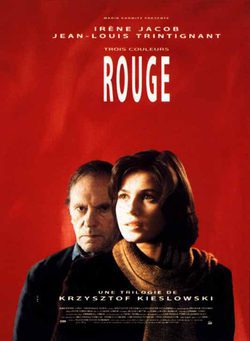 A young model called Valentina whose chance meeting with an unusual stranger, leads her down a path of intrigue and secrecy.This man dedicates the time spying people. From here begins a story full of secrets and relationships, not only between Valentine and the judge, also known people of the two characters who are not aware of the relationship they have with Valentine or the judge. Final film of the trilogy of color, directed by Krzysztof Kieslowski and starring Irène Jacob (Valentine) and Jean-Louis Trintignant (The judge). A story about redemption, forgiveness and compassion. A MK2 Productions, France 3 Cinéma, CAB Productions, Zespol Filmowy "Tor" production. The premiere was in the Cannes film festival (1994). 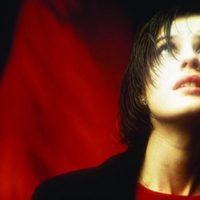 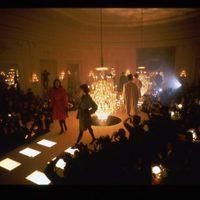 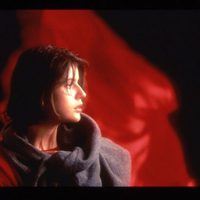 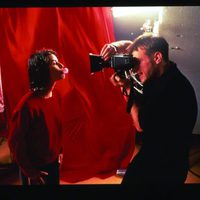 Prior to filming, Kieslowski asked Irène Jacob if she ever wished for a different name when she was a child. Jacob told him that she had always wanted to be named Valentine, and the name was used for her character. Final movie for filmmaker Krzysztof Kieslowski. Premiered on the Cannes film festival (1994).