'Tom & Jerry' is a hybrid film of live-action and animation. The film will be based on cartoons created by William Hanna and Joseph Barbera in 1940. It will be directed by Tim Story and written by Eric Cavando, Katie Silberman, April Prosser and Kevin Costello. In the original version of 'Tom & Jerry' the voices of the characters are of Chloë Grace Moretz, Michael Peña, Camilla Arfwedson, Christina Chong, Brian Stepanek, Pallavi Sharda, Colin Jost and Rob Delaney. 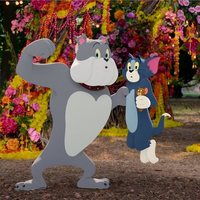 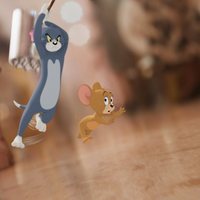 ?
Write your own 'Tom and Jerry' review.

Not counting the short films, this is Tom and Jerry's second film, after 'Tom and Jerry: The Movie' (1992), as well as the first to be live and animated action. This is the first Warner Animation Group's live-action/animated hybrid film. To counteract one of the many criticisms that 'Tom and Jerry: the movie' (1992) received, the main characters of the film will not speak or sing.