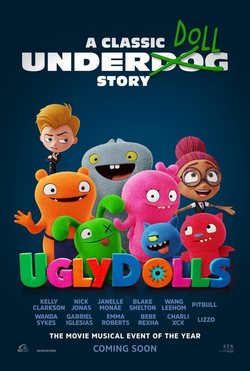 Moxy (Kelly Clarkson) is an UglyDoll living in Uglyville, the makeshift city of misshapen and rejected toys from the local doll factory. Though Moxy enjoys life in Uglyville under the kind and understanding mayor, Ox (Blake Shelton), she dreams of the "Big World" outside where every doll has its perfect owner, no matter how ugly or unconventional the doll is. In an attempt with her friend, Lucky (Leehom Wang), to escape to this new and exciting world, the two end up in the eerie Institute of Perfection, where supposedly perfect dolls are put through rigorous testing before being assigned to their human. When Moxy and the other UglyDolls are spotted, the horrified citizens of the Institute of Perfection ask their leader, Lou (Nick Jonas), to evaluate them. Lou warns them that they're too ugly to ever be wanted in the "Big World", but offers to train them nonetheless. Should they win the gauntlet, he agrees to assign them to a child. However, as Moxy and friends go up against Lou, who is desperate for them to fail in the task, they realise that flaws are things to be embraced instead of eradicated as they make you who you truly are. 'UglyDolls' is a family-friendly animated adventure directed by Kelly Ashbury (Gnomeo & Juliet, 'Sherk 2', 'Smurfs: The Lost Village'). Hide full plot... Show full plot 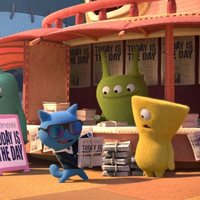 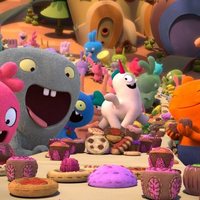 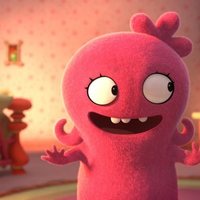 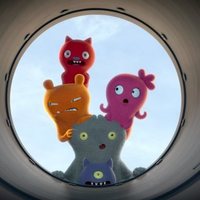 ?
Write your own 'UglyDolls' review.

Second animated film with the participation of Pitbull, after 'Epic'.