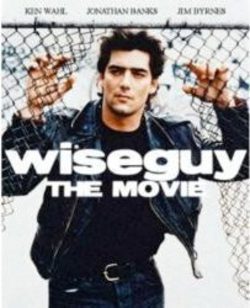 'Wiseguy' a TV movie from 1996 based on the TV Series aired by CBS from 1987 to 1990 starring Ken Wahl, Jonathan Banks and Jim Byrnes. This TV- Series won a Golden Globe for Best Performance by an Actor in a TV-Series - Drama. The film is focused on the main character of the TV Series Vinnie Terranova, an undercover operative for the Organized Crime Task Force of the FBI. Great actors such as Kevin Spacey, Tim Curry or Stanley Tucci participated on the TV-Series. In the film, Wahl reprised his role as Terranova one more time who has to infiltrate into a criminal organization while he's trying to resist his constant conflict so he won't betray all the people he cares about one more time. It was the last role Ken Wahl ever played.

?
Write your own 'Wiseguy' review.