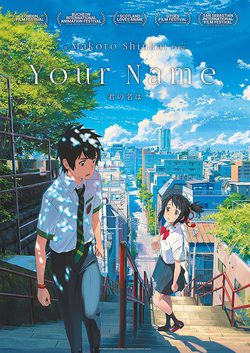 The animated film 'Your Name' tells the story of Mitsuha (Mone Kamishiraishi), daughter of a mayor in a small mountain town. Mitsuha is a direct and sincere young girl who studies in a high school. She lives with his sister and grandmother. She has no qualms about saying she is not interested in something like some Shinto rituals or helping his father in the election campaign. She has a dream, leave her boring town and settle in the big city and try her luck in Tokyo. On the other hand, Taki (Ryûnosuke Kamiki) is the other main character. He also studied in a high school, but in Tokyo, and also works part-time in an Italian restaurant. Their aspirations are artistic, like architecture. Every night, the young man dreams the same thing. In his strange dream, he becomes a girl that lives in a small mountainous town. 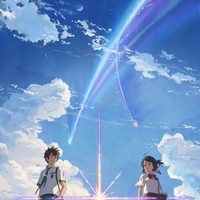 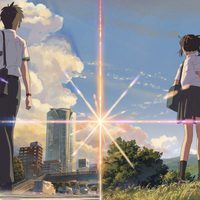 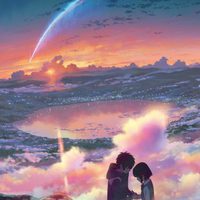 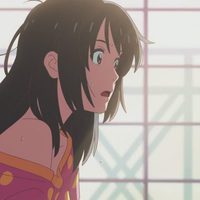 ?
Write your own 'Your Name' review.

The teacher who teaches Classical Japanese at Mitsuha's school, Ms.Yuki, is the same person from the movie "Garden of Words", made by the same director, Makoto Shinkai. The first anime film not made by Studio Ghibli or Hayao Miyazaki to gross 10 Billion Yen at the Japanese box office (about US$98 million). Attention, spoilers. The comet disaster in this film is inspired by the Great Eastern Earthquake of Japan in 2011