A Ranking of Disney's Best Villains of All Time

Disney's villains are almost as iconic and beloved as their heroes. No matter how exciting is a film's story, or how charming are its heroes, the make or break of a Disney film comes from its compelling and powerful villains. These characters are often even more interesting and charismatic than the heroes, so it is no surprise that they are among Disney's most beloved. A great villain holds the audience's emotions at its fingertips, creating a love-hate relationship like no other. 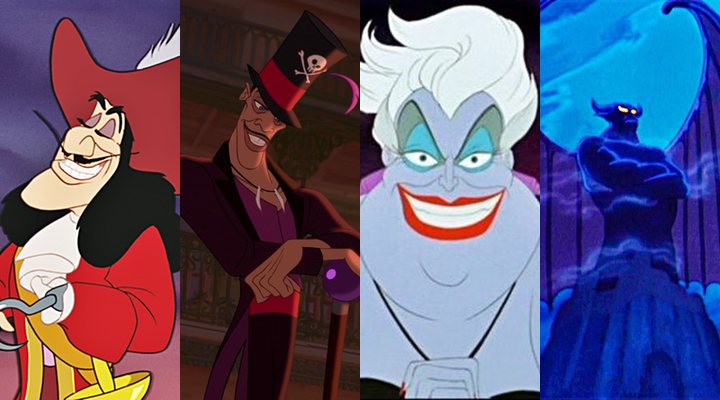 With almost 800 films in the studio's filmography, narrowing the list down to only a few was no easy task, but here is our collection of the most iconic antagonists in the Disney's history:

Captain Hook might be one of the Disney villains for whom we feel most sympathy; after having his hand amputated and fed to a crocodile by Peter Pan as a childish prank, his life is tormented by the animal's hunger for his flesh and made miserable by Pan's constant mockery. Although he is vengeful and cruel, the character is also rather charismatic, making him a favourite among audiences. He is one of the most iconic antagonists in the entire franchise, earning him a place on this list, yet he is more comical than truly scary.

'Cinderella': the Wicked Stepmother and 'Snow White': the Evil Queen

These femme fatales are two of the most iconic and menacing Disney villains. The cruel intentions of both the Wicked Stepmother and the Evil Queen are driven by jealousy of their stepdaughters' beauty and grace. Demanding the heart of an innocent child is also one of the darkest things a Disney villain has ever done, proving that the Evil Queen is a force with which to be reckoned. The two women are regal, cold, and sinister, making them truly terrifying antagonists (and perhaps causing a universal fear of stepparents...). 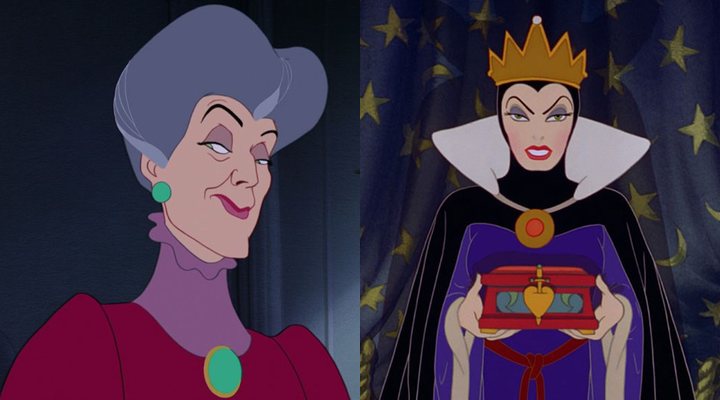 This terrifying demon, based on the Slavic God of Night and designed by Vladimir Tytla, has been described as Disney's best representation of pure evil. Unlike the other classic villains, Chernabog has no obvious goal other than to wreak havoc and cause misery. The sequence in 'Fantasia' when the demon summons the spirits of dead is a traumatic childhood memory for all.

'Beauty and the Beast': Gaston

With his arrogance, violence, and blatant misogyny towards Belle, Gaston is one of the most dislikable Disney villains. He may seem fairly harmless, due to his handsome exterior, but his sense of entitlement and disregard for others makes him one of the most sinister characters in Disney's animations. However, his villainous theme song ('Gaston') is so classic and catchy that you can almost forgive him.

The only Disney villain with her own standalone film, Maleficent is quite possibly the most iconic villain in the franchise. In addition to the evil fairy's ominous appearance, complete with horns and a cape, the villainess is one of the most powerful characters in Disney; she is able to curse the young Princess Aurora, teleport herself in a burst of green flames, and even transform into a dragon. 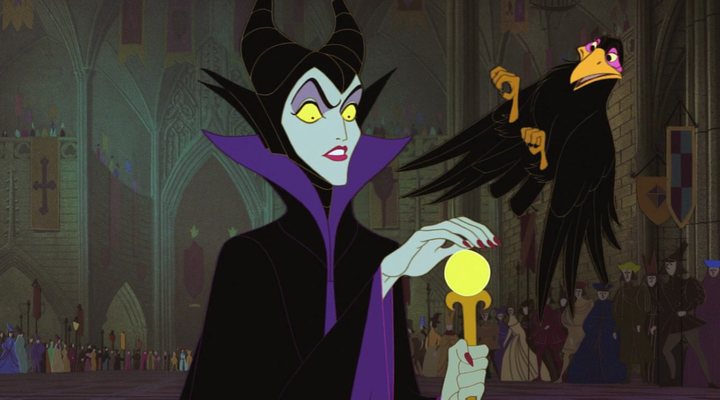 The evil adoptive mother of Rapunzel in 'Tangled' is one of Disney's most dark and twisted villains, having kidnapped the child princess in crazed desperation to remain young. The protagonist has a real emotional attachment to the woman, whom she believed to be her mother for her entire life, which makes for an interesting twist. Mother Gothel's is emotionally manipulative and cruel, yet like the best villains, her charisma and musical numbers make her an undeniably compelling character.

'The Princess and the Frog': Dr. Facilier

Princess Tiana is shamefully one of Disney's most forgotten princesses, but as well as being one of the most fiercely independent female characters they have created, she also has one of the coolest antagonists. The witch doctor is suave and sly, but, yet again, his catchy theme song and persuasive charm make him darkly enticing. Dr. Facilier's demonic voodoo powers make him one of the most genuinely terrifying villains.

This inconspicuous villain weaselled his way into the royal courts of Arendelle, sweeping the gullible Anna off her feet with his false promise of romance. His appearance, unlike most Disney villains, is not obviously evil and he even wears the traditionally heroic colours: blue, white, and gold. Although his romance with the princess seems hasty, until the end of the film he is assumed to be an honourable character, thus making the plot twist revelation of his cruel intentions was a truly intense and shocking moment for all.

Hans is the only villain to also have been a love interest of one of the Disney Princesses. Much like Mother Gothel, it is interesting to see his emotional manipulation of Anna, which causes her to form a genuine (if somewhat naïve) attachment to him. If anything he may serve as a lesson to all Disney Princesses to look before they leap! 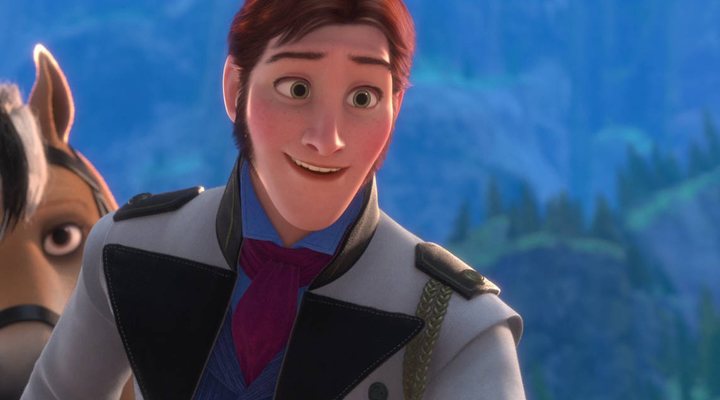 This 1997 animation receives a lot of bad press; while critics might slaughter it, it is still a fun film with some of the best musical numbers, and its God of Death villain is definitely in Disney's top five. Hades is cool, cruel, charismatic, and has some of Disney's most fun character animation (perhaps bar 'Aladdin's Genie). Hades is one of the most powerful villains, as a fallen God of Olympus, and despite the character's evil ways, he is one of the most strangely likeable villains.

'The Emperor's New Groove' is possibly the most underrated Disney film of all time, and its fabulously eccentric villainess similarly deserves more love. The mad scientist's sass, flamboyance and strange, spidery design are utterly unique, and her larger-than-life personality is part of the animation's charm. She might not be the most genuinely threatening antagonist, but if this were a list of Disney villains who deserve more appreciation, Yzma would be number one. 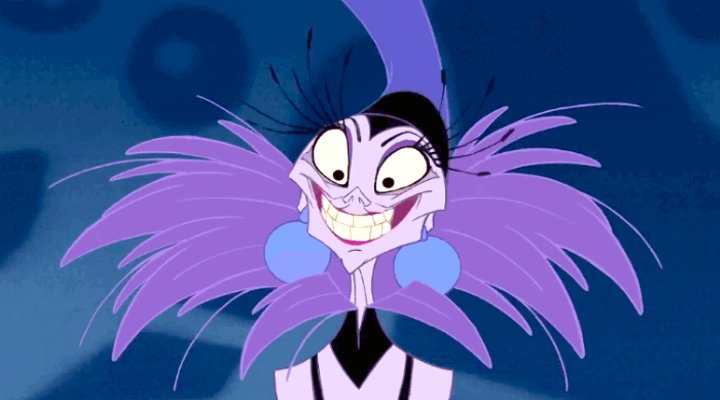 The sea witch is another of Disney's most under appreciated villains. Her flamboyant evildoing is strangely compelling, and she effortlessly slips into cool comedy without ever detracting from the sense of her threat. She is powerful, bold, manipulative, and her iconic evil song, 'Poor Unfortunate Souls', popularised this trend for the villains in Disney's films throughout the 90s.

The Royal Vizier of Agrabah is among Disney's most powerful and unparalleled villains. With his slanting brows and snake-like features, he certainly looks the part of an evil sorcerer. Jafar is known for his cool sense of humour, and menacing and manipulative nature, as well as his comically evil parrot sidekick, Iago. His transformation into the bloodthirsty serpent when he gains control of the Genie's lamp is another terrifying, yet iconic, sequence.

Often praised as Disney's best animation film to date, 'The Lion King' would not be the same without the vindictive, charming, and power hungry villain. His song, 'Be Prepared', makes for one of the most ominous scenes in Disney filmography, as does his cruel murder of his brother Mufasa. Voiced by Jeremy Irons, the remorseless Shakespearean usurper is the most notorious Disney villain to date. Let us hope the live action version lives up to all expectations. 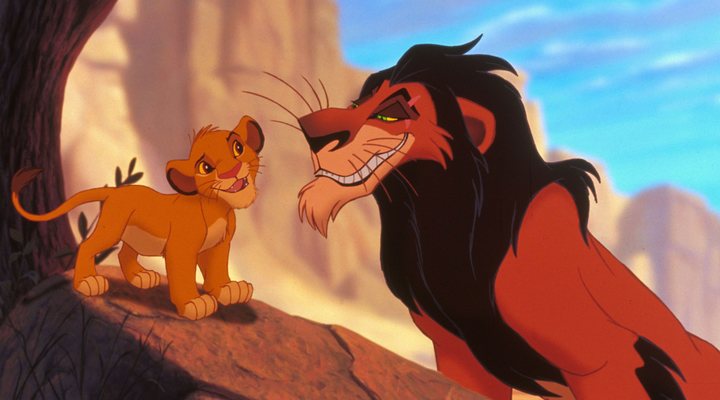