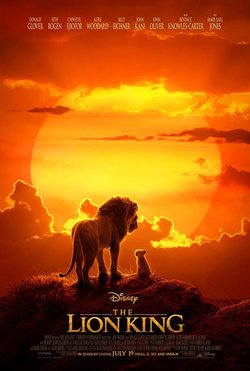 'The Lion King' returns to the African savannah for the live-action adaptation of one of Disney's most beloved classics. Lion cub and future king, Simba (JD McCrary), idolises his father Mufasa (James Earl Jones), but this doesn't stop him disobeying his direct instructions under the malicious influence of his uncle, Scar (Chiwetel Ejiofor). When a fatal stampede takes his father away from him, Simba is persuaded to flee the savannah and he happens upon the larger-than-life warthog, Pumbaa (Seth Rogen), and neurotic meerkat, Timon (Billy Eichner), who decide to raise the cub in a less traditional (i.e. vegetarian) manner. Years later, a fully grown Simba (now voiced by Donald Glover) is found by his childhood friend, Nala (Beyoncé Knowles-Carter), who begs him to return to the savannah and overthrow Scar, under whom the animals live in fear and constant threat. Still struggling with guilt over the circumstances of his father's death, it will take help from the wise Rafiki (John Kani) for Simba to move on from his past and forgive himself in time to save the pride. Created with pioneering cinematographic technology to create photorealistic representations of the African savannah landscape and the creatures that populate, 'The Lion King' is a visually ambition live-action adaptation directed by Jon Favreau.

'The Lion King' Featurette: Creating 'The Circle of Life'

'The Lion King' making of with interviews

'The Lion King' spot: "Can you feel the love tonight?" 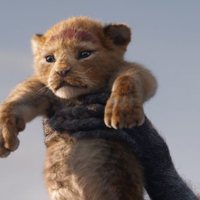 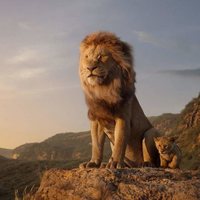 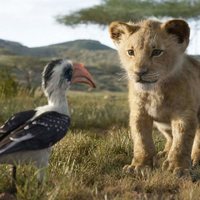 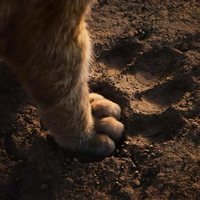 ?
Write your own 'The Lion King' review.

This will be Jon Favreau's second live action Disney movie based on a Disney animated movie after directing 'Jungle Book' (2016). Both Donald Glover and James Earl Jones have worked on Star Wars movies, though on separate occasions. James Earl Jones provides the voice of Darth Vader in the Star Wars films that he appeared in, and Donald Glover is set to appear as Lando Calrissian in the Untitled Han Solo Star Wars Anthology Film (2018). First remake of a Disney animated feature film where a voice actor from the original reprises their role, with James Earl Jones giving his voice to Mufasa one more time.