'Avatar 2': New and impressive images of the eagerly-awaited sequel, along with a Pandora-inspired car

It seems as though 2020 does not just mark a new decade, but a new stage in the 'Avatar' franchise, too. Few sequels have been postponed for as long as 'Avatar 2', the long-awaited continuation of a film that revolutionised digital cinema and 3D... eleven long, long years ago. 3D cinema has been slowly in decline during the decade of delays faced by 'Avatar 2', but now James Cameron has made the sequel's voice known by finally releasing the first images of the film at CES 2020 (one of the largest technological conventions in the world) along with a Mercedes Benz inspired by the world of Pandora. 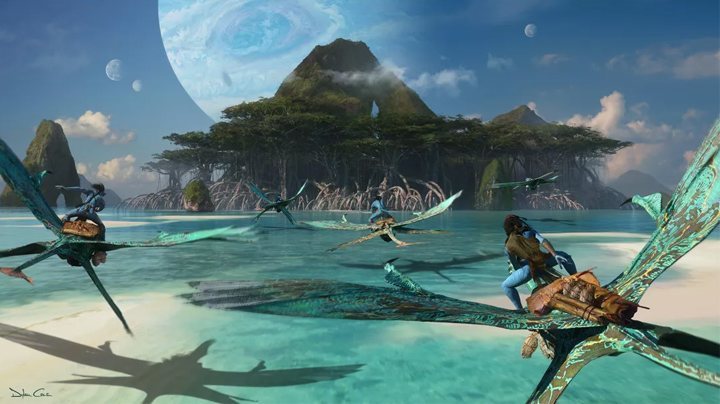 Judging by the images released, little has changed on that particular planet since the first instalment was released in 2009. The Na'vi are as blue as ever, vegetation continues to flourish and, as far as we can tell, Ney'tiri (Zoe Saldana) and Jake (Sam Worthington) remain as in love as they were eleven years ago. Everything continues to look as though it's been pulled from the depths of a video-game and, as evidenced by the images chosen, James Cameron really does want to prioritise technological innovation over cinema, given that in spite of these images, viewers still know next to nothing about the four 'Avatar' sequels he intends to make. It is no coincidence that mere hours earlier at the convention, Sony declared their own technological prowess by presenting their new Playstation 5 logo. 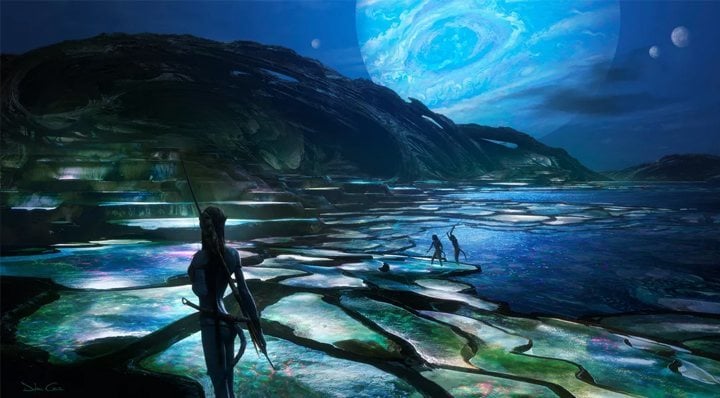 The Mercedes Benz of the future

As impressive as the stills may be, personally we haven't been able to tear our eyes away from this incredible concept car. The director of Mercedes Benz, Ola Källeius, took to the convention to debut a model of the vehicle used in the film and has explained that the technology the car uses is based on organic cell chemistry that utilises compostable, and thus recyclable and sustainable, materials. We know that Cameron, as he explains for himself in this interview, is extremely conscious of everything related to the sustainable development of resources, though a replica of a cinematic vehicle is perhaps not on the top of the standard consumer's wish list.

However, Källenius surprised us by confirming that although it all seems "a bit like science fiction, it's actually things that we are working on in an early research stage, so this could happen". It is clear that 'Avatar 2' is determined to make history, both on and off screen. Currently, the film is scheduled to be released at the end of 2021, but it may be far sooner than we think that we catch our first glimpse of the cinema of the future that James Cameron intends to bring to our screens once again.