'Doctor Sleep' is the sequel to one of Stephen King's most legendary works, 'The Shining'. Its cinematic adaptation at the hands of director Mike Flanagan (who also served as showrunner on the critically acclaimed horror series, 'The Haunting of Hill House'), is as much an homage to the novel as it is a sequel to the original film directed by Stanley Kubrick. 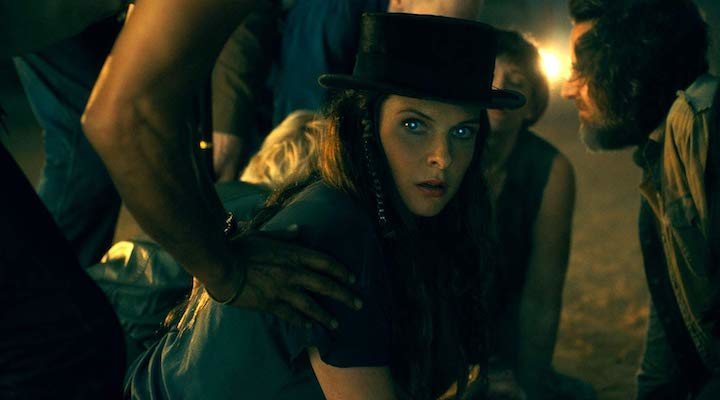 In the film, a now-grown Danny Torrance (Ewan McGregor) comes face to face with a supernatural sect led by the ruthless Rose the Hat, who feeds on the power of gifted children such as Danny. Rosie is one of the most horrifying creations of the Maine-based author, and the actress granted the responsibility of bringing her to life on screen is the ever-versatile Rebecca Ferguson, who once again demonstrates that there is no genre nor character to which she cannot do justice. During the promotional tour of 'Doctor Sleep' in London, we had the opportunity to chat to the Swedish actress, who spoke to us about everything from her macabre inspiration behind her interpretation of Rosie and her passion for Stephen King's novels to what she felt the first time she set foot in the terrifying Hotel Overlook.

A return trip to Overlook

'Doctor Sleep' follows Danny forty years after his spine-chilling stay at Hotel Overlook. Since the events of 'The Shining', Dan has led a problematic and largely unsatisfying life trying to overcome his childhood trauma. However, the stability that he has fought tooth and nail for is threatened by the appearance of the True Knot, a group of mysterious and shadowy characters that feed on people who possess the gift of the shining.

Danny communicates telepathically with Abra (Kyliegh Curran), a teenage girl gifted with the same powers as Danny. The unlikely duo join forces to take down Rose the Hat and her followers, entering into a deadly fight for survival that will pressure Danny to finally confront the demons that haunt his past and present. Literally.

'Doctor Sleep' arrives in cinemas on the 31st October.